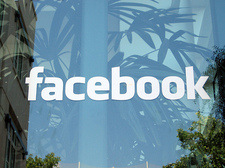 As discussed previously in this blog (Divorce Attorneys Becoming Facebook Sleuths), the popular social networking site Facebook has become the catalyst for a great deal of recent divorce litigation. According to a recent survey by Divorce-Online.com, more than 5,000 attorneys report that Facebook is mentioned in about 20 percent of their divorce cases. The American Academy of Matrimonial Lawyers attributes these statistics to a great number of clients who are sharing more and more aspects of their private lives on Facebook.

The new website www.FacebookCheating.com was created by a Massachusetts man in 2009 after he discovered his wife’s affair on Facebook. He created the site in an effort to help others cope with a spouse cheating on them, as well as to provide information on how to recognize whether a spouse is cheating. Facebook, which has over 400 million reported registered users, is reportedly the social networking site of choice by far for many clients, with MySpace and Twitter coming in second and third, respectively. Divorce attorneys report that the most widely-used types of evidence produced in domestic cases from Facebook are direct messages and incriminating photos posted by friends.