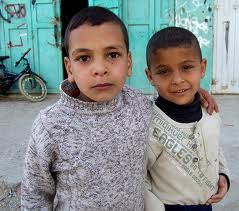 According to a recent report, the parents who gave their three children Nazi monikers have had their children taken away from them by the Department of Youth and Family Services. There appears to be a significant dispute about the basis for having the minor children taken from their parents. These three children each have Nazi style names. In fact, the family gained national attention when they went to the grocery store to get a birthday cake for their son, Adolf Hitler. The clerk at the cake counter apparently would not put the child’s name on the cake and reported the situation to authorities.

The interesting issue here, aside from the unique names of the children, is why were the children taking from their parents in the first place? While most of us would not choose to name our son “Adolf Hilter,” surely, no one wants to live in a society where the government can swoop in and take children away because it does not approve of the names of the children, do they? What if the government were to begin publishing a list of names which are forbidden? Or worse, what if it began publishing a list of acceptable child names?

Of course, as we all know, very little is black and white and there probably is no easy answer to this question. As much as it might seem Un-American to take someone’s son away from them for naming him “Adolf Hitler” (how ironic!), there does seem to be a counter argument. Might it be argued by the government that the act of naming a child “Adolf Hitler” is, in and of itself, a form of child abuse? Indeed, one might imagine that this child will suffer years of otherwise unlikely attention and, maybe, ridicule, scorn and taunting. What if little Adolf were to be a big time basketball player? What would the fans chant while he is on the free throw line? We all know how heartless and unthinking children and adolescents can be at times.

As a parent, moms and dads have a tremendous amount of responsibility for the wellbeing and development of their child. Decisions which moms and dads make every day have a huge impact on the upbringing and advancement of their children. Such decisions affect whether the child will be a good student, whether they will respect authority and the law, whether they will have a good work ethic. Even decisions as seemingly innocuous as how to have the child’s hair styled or what the child is to eat for dinner are within the parents’ discretion and can have an impact on the child.

Why should the decision of how to name the child be any different? It would be unfortunate for parents make bad decisions with respect to selecting the names of their children if it has a detrimental impact on the children. But, is it any different than any number of other decisions that parents must make on a daily basis? Importantly, parents have a paramount constitutional right to parent their children. Do we want a bureaucrat taking that away because they disapprove of the names of the children?

If you are in need of a Charlotte child custody law firm or a Charlotte termination of parental rights lawyer, please contact us today!