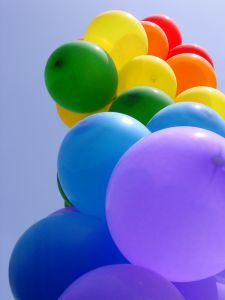 We’ve all read the articles about North Carolina voters’ decision to approve the constitutional amendment banning gay marriage. The issue is very controversial and has generated nationwide attention. But what about gay divorce? Like any other relationships, gay marriages can sometimes go bad. And, although gay marriage is not recognized still in many states, courts are having to grapple with what to do when a legally married gay couple wants to end things. One Ohio judge recently saw just such a case and decided to permit gay divorce in a state that doesn’t recognize gay marriage.

Two men from Columbus, Ohio, Jonathan Baize and Stephen Wissman, were granted a divorce in March by a judge with the Franklin County Domestic Relations Court. While it is certainly unusual for both parties in an Ohio divorce proceeding to be of the same sex, one attorney who was present at the hearing described the proceedings utterly “unremarkable.” Rather than serve as a historic moment in the state, the divorce was simply paperwork.

The two men married not long ago, on September 1, 2011, at a ceremony in New York State. They then returned home to Ohio but decided to divorce soon thereafter, a decision that has important implications for Ohio law. In 2004, Ohio voters approved an amendment to the state’s constitution that prohibited gay marriage. Supporters of the amendment have argued that by allowing a gay divorce a court would be forced to tacitly acknowledge that a marriage was valid in the first place.

Proponents of the decision turn to the letter of the law and point out that the amendment refers only to marriage and does not deal with same-sex divorce. The judge handling the case apparently agreed and decided to dissolve their relationship.

While the gay divorce may be among the first of its kind, it definitely won’t be the last in Ohio or anywhere else in the country. Legal questions surrounding the status of same-sex couples abound and will only grow more complicated as some states approve gay marriage and others resist.

If you find yourself facing the prospect of divorce, you need to contact an experienced child custody lawyer in Charlotte, North Carolina who can help guide you through the confusing process.

After a Divorce in Charlotte, North Carolina

Pretext to a North Carolina Divorce or Just a Fight?