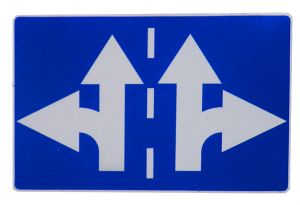 You hear a lot about legal separation in North Carolina but most of what you hear may not be correct. For one thing, there is no such law describing a “legal separation.” You can file for divorce from bed and board which is essentially a fault based legal separation, but such motions are rarely granted and the process is seldom used. What most people are referring to when they talk about a separation is what is called a “separation agreement.”

A separation agreement is simply a contract between two people. The agreement must be voluntarily entered into by two individuals who are of sound mind and at least 18 at the time of signing. If any of these three requirements are not met the contract may not be enforceable.

Such agreements are meant to resolve such matters as property division, debts, custody and support when a married couple is ready to split. A common misunderstanding is that separation agreements are necessary precursors to divorce. A separation agreement does not serve as “proof” that you have been living separate and apart from your spouse for the requisite period of time nor does it make a divorce easier to obtain. It exists to help maintain a mutually agreed upon peace while a couple contemplates moving forward with divorce.

The next kind of “separate” we’ll be discussing is the requirement for divorce in North Carolina that the parties be physically separated for one year and a day. This means that you must live in separate homes for at least one year and a day to qualify for divorce in the state. Though many people refer to this as a formal “separation” there is no such legal distinction recognizing this.

If you find yourself facing the prospect of divorce in Charlotte, contact the experienced legal separation lawyers in Charlotte, North Carolina at Arnold & Smith, PLLC who can help guide you through the sometimes-confusing process.