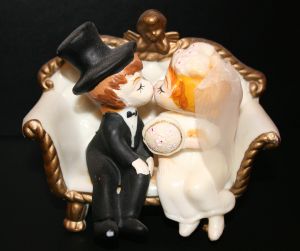 One recent article on Yahoo.com, discussed the issues women face even in the modern age. Though women’s place in the world has risen dramatically, there are still instances where problems persist. One example of a semantic issue that nonetheless speaks to a woman’s role in the world involves the attitudes about women changing or not changing their names following marriage.

A study dedicated to examining the issue was authored by two Pennsylvania State University sociologists, Laurie Scheuble and David Johnson. Previous studies regarding name-changing focused on the New York Times wedding announcement page, something that resulted in a very limited pool of research subjects. This new study used data from two surveys (one from 1990 and the other from 2006) conducted at a Midwestern university. Additionally, the study surveyed hundred of students at Penn State asking about name-changing and their opinion on the practice.

Surprisingly, the 2006 survey showed that students were three times more likely to say that if a woman did not take her husband’s last name upon marriage, she was less committed to him and their future together. Perhaps unsurprisingly, the Midwestern women were less likely than those at Penn State to say they wanted to keep their own names. The oddest part of this information is that the 2006 survey indicates stronger attitudes against name-changing than the 1990 survey.

Regardless of the practice’s perception among Midwestern college students, a woman changing her name (or not) is no indication of commitment in a relationship. Evidence of this is that educated professional women tend to marry at a later age and thus hang onto their own names yet also tend to have more long-lasting (and hopefully happier) marriages.

The recent shifting of opinion is surprising and has researchers wondering whether young people are becoming more conservative regarding marriage. The recent data might instead reflect an increasing polarization of the country, as liberals get more liberal conservatives become more conservative. In the end, nearly 90% of women ultimately do decide to change their names. Tellingly, that number approaches 96% in the Midwest.

If you find yourself facing the prospect of divorce, you need to contact an experienced Charlotte, North Carolina child custody lawyer who can help guide you through the confusing process.

Benefits of Pre-Nupts in North Carolina