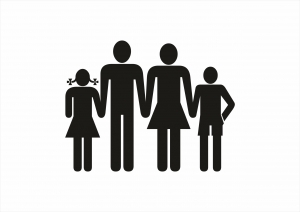 Though a quick scroll through the TV guide tells us how much American family life has changed over the decades, less “Brady Bunch” and more “Modern Family,” our family law system has failed to keep pace. The idea of what a family is supposed to look like has changed enormously as gay parenting and single mothers have become vastly more commonplace, yet the courts haven’t been as quick to adapt.

A clear instance of this gap is occurring today in New York State. A New York Times article recently discussed the complicated case of a pharmaceuticals executive named Jonathan Sporn. Dr. Sporn filed a motion in a New York court late last month saying that he and his then girlfriend, law firm partner Leann Leutner, had a baby boy last year. The couple had fertility issues and relied on an anonymous sperm donor. The two had been together for several years, living together in a committed, monogamous relationship. Two failed marriages had convinced them both not to get married again and they were instead going to raise their child as a non-married couple.

The problem with their plan arose in December when Leutner took the young boy and left Sporn for a new apartment in New Jersey. After a few days out of the city she killed herself. Though the turn of events was a surprise, it was not completely unexpected. Leutner had a history of psychological problems and was suffering from an especially serious case of postpartum depression.

Since Leutner’s death, the child has been in protective care and is now in a foster home in New York City, this despite repeated attempts by Sporn to get custody of his son. Leutner’s sister has also tried to get custody of the boy. So far a judge has agreed that either home would be acceptable for the child, yet despite this seal of approval Sporn still does not have his child who has been given the label “destitute” since, legally, he has no known parents.

The issue is that under New York law, Sporn has no legal relationship to the child. He was never married to the child’s mother and has no biological connection to the boy given the use of the anonymous sperm donor. Prior to Leutner’s death neither party initiated any formal adoption paperwork, evidently content with the status quo. The trouble experienced by Sporn closely resembles cases of gay parents who never formally adopted their children and then are thrown into custody cases when their relationships sour and are shocked to discover they have no legal parental rights.

Fifty years ago being an illegitimate child was a serious matter that came with lots of legal limits. The U.S. Supreme Court took action to protect the children of unmarried couples from legal harm but this and other recent cases prove that there is still a lot of ground yet to be covered. While society may have changed a lot since then, our court system still has a long way to go to deal with our increasingly complicated reality.