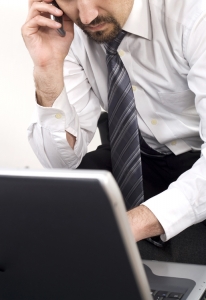 A recent article in the Washington Times discussed the not uncommon occurrence following divorce is one parent moving out of the city or even state. New job opportunities, family times or new relationships can cause one parent to need to relocate. When kids are involved this can cause problems and much stress for parents and children as they worry about a strained relationship developing as a result of distance.

According to a report for the National Center for State Courts, an estimated 18 million children have separated or divorced parents, and an additional 17 million more children have parents who have never been married. One out of four of these children have a parent living in a different city. Within four years after separation or divorce, 75% of mothers will relocate at least once, and of that number over half will do so a second time. As a result, close to 10 million children do not have regular face-to-face interaction with one of their parents.

Technology has now provided an option that did not exist before. Parents can now stay in touch with their children and avoid losing that close relationship thanks to email, texting, Facebook and video conferencing systems such as Skype. This new trend of “virtual visitation” can make long-distance parenting much easier for both parent and child.

The term “virtual visitation” has a very specific meaning under the law and refers to the rights of a non-custodial parent to have electronic communication with their children. Since the early 1990s when the first cases arose concerning the issue many states have enacted provisions concerning the subject. Utah enacted the first electronic visitation law; Illinois was the most recent state where virtual visitation became law in 2010. So far six states have laws on the books covering “virtual” or “electronic” visitation rights including North Carolina: Florida, Texas and Wisconsin are the other three. Twenty-two other states have their own efforts underway to add similar laws to their books.

Advocates of the approach say that virtual visitation allows parents who are away to continue maintaining a relationship with their kids. While it’s not meant to replace face-to-face contact, it is a better than nothing. Critics argue that such custody arrangements make it easy for non-custodial parents to move away, using the promise of virtual visitation to get approval from the court to relocate.

If you find yourself facing questions regarding divorce or custody then you need the help of an experienced child custody lawyer in Charlotte, North Carolina who can help guide you through the confusing process.