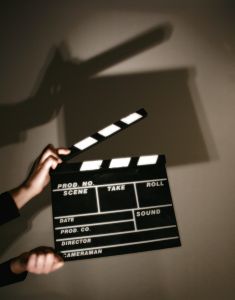 Many celebrity marriages are over in the blink of an eye. What can average Joes like us learn from the divorce mistakes of the rich and famous? Plenty. Though we might not have their money or fame, we can still learn lessons from their trials and tribulations:

• Get a prenup
When Mel Gibson divorced he was reported to have divided his $900 million fortune in half. Madonna’s ex, Guy Ritchie, is said to have walked away with an additional $90 million for his time with the singer. Kelsey Grammer, of Frasier fame, had to shell out $50 million to a former Playboy Playmate. Why did they all pay so much? Not because of their generosity, that’s for sure. All these unlucky souls lacked prenuptial agreements. Even if you don’t have their money (or close to it) a prenup can help secure the assets you do have and avoid an arbitrary division by a judge later on.

• Don’t trash your ex in public
Kim Kardashian and the rest of her family have wasted no time trash talking her ex, Kris Humphries since their 72-day marriage ended months ago. All the talking causes the process to drag on longer than necessary and leads to emotions running high along the way. Rather than hurting feelings more than has already happened keep quiet and tell your friends and family to do the same, at least until the papers are signed.

• Follow your child custody agreement
Follow whatever agreements you reached in court. When Alex Baldwin and Kim Basinger split Basinger tried to keep their daughter away from him. This move resulted in a very prolonged and nasty dispute between the two and led to hurt feelings all around. If you don’t hold up your end of the bargain your ex can drag you right back to court, costing you time and money, as well as damaging your relationship with your child, along the way.

• Don’t film a reality show about your marriage
Have any doubts about the dangers of letting cameras document your every move? Just ask Jessica Simpson and Nick Lachey or the Gosselins how it turned out. Though most of us aren’t interesting enough to have television crews knocking down our doors the larger lesson applies: avoid involving others in your private marital issues.

If you find yourself facing the prospect of divorce, it is probably best to contact an experienced family law attorney in Charlotte, North Carolina who can help guide you through the often confusing process.

Tips for a Better Divorce in Charlotte, North Carolina

Divorce Advice for Befriending your Ex