Most people have heard of divorces that turn nasty as couples fight over bank accounts, retirement funds, homes and even furniture. In a surprising turn of events, social media accounts now appear to be worth fighting over. This recent development supports the claim by some family law experts who say that divorce in the internet age will require rethinking the way property is divided, including drafting social media clauses to insert in settlement agreements. 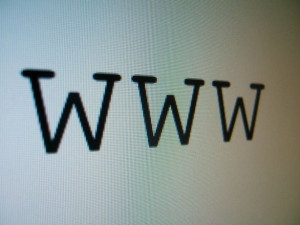 The recent divorce case to grab headlines involved a woman who hosted a popular streaming account on the Twitch service. The woman had 30,000 followers on her Twitch channel who would gather to watch her live play videogames. In addition to the 30,000 Twitch fans, the woman also had thousands of loyal Twitter followers.

It came as a surprise to her many fans when, one morning, they awoke to find a new woman hosting games on the channel. Outrage ensued and it was eventually revealed that the woman lost control over her Twitch and Twitter accounts to her ex-husband. The accounts were granted to the husband in the settlement agreement and he appears to have decided to sell the channel (given its large and growing fan base) to the highest bidder.

Though you may not use Twitter (nor ever have heard of Twitch), it is still possible that the division of social media accounts could impact your divorce case. When you divorce, you are required to divide all the property you and your spouse acquired during the length of your marriage. Social media accounts, though they are intangible, are still considered property and should be addressed in you settlement agreement. This can become complicated given that accounts may have been created prior to marriage (and thus seemingly separate property) but then used during the marriage and filled with marital details (and thus seemingly joint property).

To address some of these unique concerns, experts have begun discussing drafting social media clauses in settlement agreements. One way to use such a social media clause is to detail all of your collective social media accounts and clarify who will be allowed to continue to use which ones. In some cases, personal Facebook or Twitter accounts can easily be left with the person who created them. In others, the dispute might become contentious. For instance, if you and your partner created a joint business account, it might be worthwhile to share the account and password information. If the account is more valuable to one party than the other, this person may want to buy the other spouse out, trading ownership of the account for some other jointly owned asset.

Besides tackling ownership issues, social media clauses can also be used to restrict bad behavior. The parties can agree in advance to refrain from posting negative comments online about one another. They can also create financial penalties for violations of the clause, putting teeth to something that might otherwise be unenforceable. Though courts will likely not be interested in drafting such provisions themselves, it is easy to agree to a social media clause privately with your spouse and, once inserted in a settlement agreement, the clause will be legally enforceable.