The Maryland legislature took a first step this past week to make divorce easier on residents of the state. The state House of Delegates just passed a bill by wide margins that would eliminate the current requirement that a witness be brought to testify during uncontested divorces. 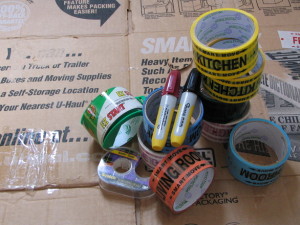 Specifically, the current rule says that in Maryland a couple seeking divorce must bring a witness with them to court to swear the couple has not spent a night together in the previous year. Without this prying testimony, the divorce cannot go forward even if the two parties have agreed on all the details.

Those advocating change say the requirement is outdated and creates a completely pointless burden for those seeking to end their marriages. Opponents argue that anything that can force a person to think twice is worth keeping around. Those who voted against lifting the requirement say they don’t want to be on record making divorce easier than it already is.

The measure now moves on to the Senate, which passed a similar measure previously and is widely expected to pass the current one. If so, the issue will then go before the governor. The hope among those advocating removal of the requirement is that the already burdensome divorce process becomes slightly easier going forward, removing one of many hurdles from the path of those trapped in unhappy marriages.

The recent development in Maryland may make you wonder about the specific requirements here in North Carolina. By way of background, North Carolina law allows for divorce provided that the parties have lived “separate and apart” for one year prior to the filing of the action to divorce. This does not mean that the separation must have occurred exactly one year before the divorce is filed, just that you have lived separate for at least one year prior to filing suit.

Is it enough that you may be living in separate bedrooms of the same house? Nope, not according to North Carolina law. This can present an unfortunate burden for those with financial problems as they will have to wait until they have officially moved out of the same residence before the clock can begin running. For the legal requirement to be satisfied, you and your spouse must have spent a year or more living in separate residences. If not, the divorce claim will be dismissed.

What about marital relations, must they cease as well? Technically, yes, the requirement that you live separate and apart also requires the ending of sexual relations. Though this used to be strictly interpreted, meaning any isolated act could essentially reset the one-year period; the laws have since been changed. Today, the rule is that isolated incidents of sexual relations between the parties are not enough to stop the one-year period.

Does someone else need to come and testify? Thankfully, no. In North Carolina, there is no requirement that you bring a witness with you to court to testify that you and your spouse have been living separate and apart for a year prior to the divorce filing. Instead, you simply attest to that when filing your claim. If the issue is disputed down the road it may be necessary to bring a witness to testify on your behalf, but this would only happen in an unusual circumstance.

Things To Do After Your North Carolina Divorce