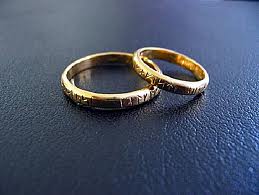 According to a recent report on HuffingtonPost.com, a new study entitled “Divorce and Death” appearing in “Psychological Science” shows that failed marriages can actually kill at the same rate as cigarette smoking or obesity.

The results of the study were shocking as the stark numbers showed that the risk of dying is a full 23% higher among those that have gone through a divorce than married people. Researchers were surprised as they did not believe life expectancy would be slashed to ages comparable with smokers, heavy drinkers, and the obese.

Study authors David Sbarra and Paul Nietert make sure to point out that the association between divorce and death “cannot be deemed causal.” They never intended to imply that the moment you sign divorce papers your life expectancy is slashed. Instead, the research indicates, “there is something uniquely difficult about remaining separated or divorced that accelerates time of death.”

It’s the cumulative strain of being a long-term single parent or the burden of a persistent conflict with an ex that causes the stress that can be a killer. Experts have long believed that interpersonal relationships and health are entangled in a complicated and confusing way. In a sad way, one spouse’s damaging personality trait – whether hostility or negativity – can be responsible both for killing the marriage and, in the long run, for killing the ex.

Ex-husbands are at significantly higher risk of a premature death than their ex-wives. The reason is that it appears wives help keep their husbands alive. Men generally die younger than women, but wives are de facto caregivers. Studies dating back as far as the 1970s have shown that without a woman around, a man’s health fails and he typically refuses to do much about it. Though technology and the ease of self-diagnosis have improved the situation, these are usually afterthoughts. Companionship with a nurturing woman is a built in prevention for sickness in old age.

If you find yourself facing the prospect of divorce, regardless of the month, you need to contact an experienced Charlotte family law attorney who can guide you through the tumultuous process.