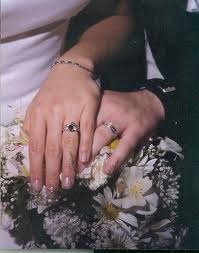 What’s the best way to avoid some of the time (and money) wasting fights that come along with divorce? Get an annulment instead. Unlike divorce, which acknowledges a marriage’s beginning and end, an annulment simply declares that the marriage never existed in the first place. “When a couple gets an annulment, it’s as if the marriage never existed to begin with,” says Kristin D. Hofheimer, a divorce attorney in Virginia Beach, Va.

Annulment can be great for your finances. The reason is that in an annulment, the courts do their best to restore the individuals to their original financial state prior to the marriage. So, what money and property you brought into the marriage is what you will walk away with, including any debt that came along with you. Anything that is joint, either assets or debts, are typically divided equally.

The problem is that qualifying for an annulment isn’t easy, and it’s not meant to be. In North Carolina, annulments are typically only allowed for the following narrow reasons:

3. Marriage between a male person under 16 years of age and a female, with the exception of a court order as a result of a pregnancy when between the ages of 14 and 16.

4. Marriage between a female person under 16 years of age and a male, with the exception of a court order as a result of a pregnancy when between the ages of 14 and 16.

5. Marriage where either of the parties is physically impotent at the time of the marriage. Impotence must be permanent, incurable and medically diagnosed by a doctor.

6. Marriage between persons either of whom is, at the time of the marriage, incapable of contracting due to want of will or understanding is not automatically void
Couples who are in the process of getting an annulment and want to take action to protect their finances can typically approach joint debt in one of two ways:

1. Split the amount owed and each pay their share to take care of the debt.

2. One party can pay the entire debt and then sue the other party for half. If you’re trying to protect your credit, you may want to take care of the debt and let your ex reimburse you so you know an unpaid bill won’t end up bringing down your credit score, Hofheimer says.

If you are able to get an annulment granted then you might want to seriously consider the option. Couples who can will avoid one of the worst aspects of divorce, namely the nasty financial disputes that can drag on for months.

If you find yourself facing the prospect of divorce and might want to explore the possibility of annulment, you need to contact an experienced Charlotte family law attorney who can properly advise you on the complicated process.