Most people spend all year looking forward to vacation. It’s a time to relax, unwind and enjoy the company of loved ones. Vacations would also seem to be a perfect opportunity to strengthen your relationship, a chance for one-on-one bonding and increased communication. Though many people hope that vacations will shore up shaky marriages, a recent study by researchers at the University of Washington indicates that marriages are more likely to be undone by a vacation. 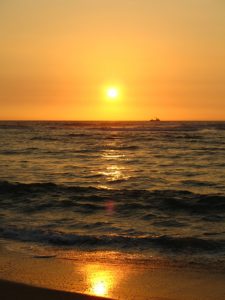 The study was conducted by a pair of sociology professors at the University of Washington. The two set out to understand the reason for the seasonal spikes in divorce filings. They went back and examined divorce records across Washington State dating back some 14 years, a huge pool of information upon which to start making some interesting observations.

First, they confirmed what other family law experts have long known: divorce filings spike early in the year, typically in late February/early March and then again in August. The lowest points of the year are November and December, followed by April and the early part of the summer. The researchers said that their records demonstrate that these peaks and valleys correspond rather clearly with typical holiday schedules. For example, most people are with family or on vacation around the winter holidays and divorce filings spike once people return home and get back to their daily routine. The same thing happens in the summer, when divorce claims plummet before rebounding in August, once the kids are back to school and summer vacations are finished.

Many experts have long believed that divorce filings increase at certain times of the year because couples are refraining from filing for divorce during especially socially sensitive periods. The idea being that people put off divorce when their kids are at home or when extended family is in town. The sociologists behind this recent study say that this explanation doesn’t account for the spike in filings in late February/early March. If it were only about refraining from divorce during socially sensitive periods, you’d expect the spike to happen earlier, in January.

According to the researchers, they believe a better explanation is that when people go on vacation and spend time with their spouse and extended family, they typically enjoy a boost, believing the relationship can be saved. This positive glow usually extends out after the vacation, until reality sets in. At that point, the disappointment that the vacation or holiday break hasn’t healed old wounds intensifies, often resulting in negative feelings even worse than before.

One troubling conclusion from the researchers is that the divorce rate fluctuations over the year bear striking similarity to fluctuations in the suicide rate. Researchers say that in both cases, the prospect of a holiday or break can raise hopes and, assuming underlying problems aren’t addressed, later dashes them, leaving people more hopeless than they began. The patterns for both divorce and suicide move in tandem, dipping at the holiday and the summer followed by noticeable increases the in the months following.