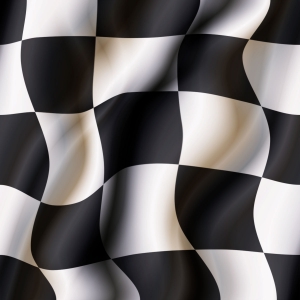 A recent press conference involving NASCAR racing legend Danica Patrick demonstrated, in a round about way, the benefits of a prenuptial agreement.

Preparing for the upcoming season with NASCAR, Patrick participated in a North Carolina media event hosted by Sprint. At the press conference, reporters brought up the racer’s recently filed divorce. Patrick made the move to split on January 3rd from her husband of seven years, Paul Hospenthal, a physical therapist. The two filed for divorce and in papers, said that the marriage was “irretrievably broken.”

Despite all the emotions Patrick must be feeling she remained unflappably calm during the duration of the press conference and appears to have no worries ahead of an important season. When asked specifically about the divorce and her personal life, Patrick said that she’s feeling good and has managed to stay happy during the past few weeks despite the breakup. One of the reasons for the relatively low stress may be the prenuptial agreement Patrick entered into with her husband.

Shockingly, almost no one expects the divorce to turn nasty. In fact, no attorneys are yet involved in the case. Patrick filed the papers herself and stated that she and her husband have a prenuptial agreement that they will be enforcing. Beyond that, both agreed that neither would ask for alimony, this despite the large amount of money Patrick earns racing cars and from sponsorship deals.

Patrick said that she’s remaining calm and does not believe the divorce will affect her racing in any way. Such an easy divorce in such a high profile relationship is rare and a testament to the value of a prenup. By settling difficult issues early on, the couple can now divorce in a way that causes the least amount of pain and emotional hardship possible.

Though the prenup in this case has received attention given Patrick’s celebrity status, the agreements can serve as excellent tools for ordinary couples that want to maintain some control over what happens to their assets in the event of a divorce. People with substantial assets, those who own their own businesses, those with children from a previous relationship and those who simply want to avoid having the division of their assets left up to a judge, can all benefit from a prenuptial agreement. Carefully crafted prenups are great ways to ensure that your wishes are ultimately carried out with the least drama possible.

If you find yourself facing the prospect of divorce in Monroe, contact the experienced divorce lawyers and attorneys in Monroe, North Carolina at Arnold & Smith, PLLC who can help guide you through the sometimes-confusing process.