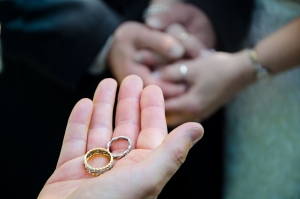 The author of the study, Thomas Hansen, said that the results show that equal responsibility for housework does not necessary contribute to a happy home. The author responsible said the fact that equality and happiness did not correlate came as a surprise to him. “One would think that break-ups would occur more often in families with less equality at home, but our statistics show the opposite.”

The reasons, though, have little to do with the chores. One possible explanation is the importance of defined roles in the family. These very clear roles help avoid situations where one spouse steps on the other’s toes, giving each an area of control. By not having overlapping household responsibilities, there’s less friction over chores and thus less arguments.

Another, deeper reason may be the values behind the modern couples as opposed to the older fashioned ones. Modern couples are modern not only in terms of chores, but in terms of how they view marriage, with some saying the institution is much less sacred in such homes. Often times in those relationships the women are highly educated and have well-paid jobs, meaning they are much less dependent on their spouse financially. They are able to manage just fine in the event of divorce and that may impact divorce rates.

If you find yourself facing the prospect of divorce in Charlotte, contact one of the experienced divorce lawyers in Charlotte, North Carolina at Arnold & Smith, PLLC who can help guide you through the sometimes-confusing process.

Pretext to a North Carolina Divorce or Just a Fight?