The billionaire founder of PayPal, SpaceX and Tesla will soon find himself among a small group of incredibly eligible bachelors. That’s because his current (and former) wife, Talulah Riley has recently filed for divorce. The filing took place last week in a Los Angeles Superior Court and, should it move forward, it will mark Musk and Riley’s second divorce. 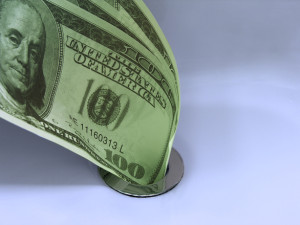 The two were first married back in 2010 and were divorced by the end of 2012. The two reconciled not long after and were remarried in July of 2013. Trouble appeared to be brewing in the relationship when Musk filed for divorce at the end of 2014, though he later withdrew the petition and the two attempted to repair the marriage. Sadly, friends say they’ve been living apart for more than six months and appear ready to throw in the towel, officially.

What many in the family law world are now wondering is whether Musk and Riley had a prenuptial agreement in place the second time around. In Riley’s initial filings there was no mention of a prenuptial agreement, though this does not necessarily mean that one doesn’t exist. At this point, Riley is only asking for spousal support and payment of her attorney’s fees.

When the two divorced back in 2012, a prenup did exist. At the time, Riley received a $4.2 million settlement, as well as a Tesla Roadster and some expensive items of personal property. Back then, Musk was only worth $680 million. Today, Musk is estimated to be worth more than $13 billion, thanks to his personal stakes in Tesla and SpaceX. If no prenup exists, this could mean that Riley will end up a very wealthy woman given that California is a community property state. This means that spouses must equally divide all the money that was made during the course of the marriage.

This case poses an interesting question of what happens to prenups when circumstances change, sometimes dramatically. In this case, Musk was said to have made $2.9 billion the first year of his remarriage with Riley. Even if a prenup were in place, would it still be valid given how dramatically the financial situation of the couple has changed? So long as the prenup itself is valid (meaning it was entered into knowingly and voluntarily, there was no fraud or misrepresentation), then yes, the prenup should still be valid despite sudden wealth. After all, one of the main reasons for a prenup is to protect future earnings.

This might not seem fair given that the new numbers would often result in a reconsideration of the prenuptial arrangement. This can certainly happen, in fact, it often does happen, with the prenuptial agreement being amended after the marriage has already begun. These post-nuptial agreements can be changed to better reflect the current financial reality and allow the other spouse to push for a better division of the new wealth.