Attorney Matthew R. Arnold answering the question: “How is the amount of child support decided in North Carolina?”

A recent Yahoo article discussed a Tennessee judge’s recent decision to prevent a couple from naming their seven-month-old son ‘Messiah’. The magistrate judge from Newport, TN instead changed the boy’s name to Martin, saying that Messiah was reserved for Jesus Christ and him alone. 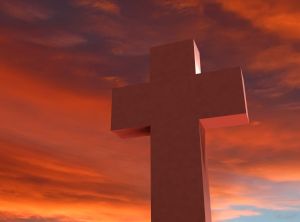 Oddly enough, the matter ended up before the judge due to a fight between his parents over the child’s last name. While they both agreed on ‘Messiah’, they wanted the judge to settle the dispute over their son’s last name. When the judge heard the child’s first name, she decided that it needed changing too. Ultimately, the judge settled on Martin DeShawn McCullough, a name that incorporates the last names of both parents.

The judge said her decision to change the child’s name was the first time she has ever issued such an order. The judge said that if the child is raised in Cocke County, TN the name could end up causing him trouble later in life due to the area’s large Christian population. The judge said since the child was too young to have say in the matter, changing the name to something less controversial was an important step to spare the child of a potentially difficult future.

The child’s mother said that she intends to appeal the decision, claiming that she chose Messiah not for religious reasons but because she thought it sounded like a good name. According to a list compiled by the Social Security Administration, Messiah ranked number four on the 2012 list of fastest-rising baby names.

In North Carolina, issues surrounding naming rights have occasionally made it into the court system. The case law says that in instances where the parent’s agree, they can choose any surname (last name) they want. If the parents cannot agree, then North Carolina General Statutes §130A-101 dictates how the child’s name should be determined. When the parents are married and disagree, the child gets the father’s surname. If the parents are not married, the child gets the mother’s surname.
If you find yourself facing a complicated family matter then you need the help of experienced family law attorneys in Charlotte, North Carolina who can help guide you through the often confusing process of divorce.