In an incredibly strange case out of New York, law enforcement officials have revealed that the FBI raided a yeshiva and a rabbi’s Brooklyn home earlier this week in an attempt to unravel a gang of rabbis who torture men into agreeing to divorce. 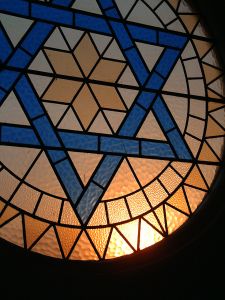 That’s right, according to FBI sources a gang of ultra-Orthodox Jewish rabbis have accepted thousands of dollars to kidnap and torture Jewish men to force them into granting their wives a divorce. Though the news is stunning, many familiar with the Orthodox community say they were not actually shocked given the serious issues the community has faced dealing with divorce.

According to the criminal complaint, two Orthodox rabbis, Mendel Epstein and Martin Wolmark, operated a scheme where they took payment (often thousands of dollars per case) in exchange for using violence and intimidation to convince reluctant husbands to grant their wives a “get”, a term that refers to a religious divorce in the Jewish community.

In the Orthodox Jewish community, a woman remains married unless she receives a get. That means that even if a family court in New York were to grant a legal divorce, the woman would be forbidden to remarry within her religion.

The case was ultimately cracked due to a sting operation where an undercover FBI agent pretended to be a woman desperate for a divorce with money to spend to force her husband to consent to a get. The woman was ultimately put in touch with Rabbi Epstein who told her that the kidnaping and a couple of hours of torture with an electric cattle prod would cost about $10,000 for rabbinical approval and another $50,000 to $60,000 to pay for the tough guys to do the threatening.

The practice, while strange, is not unheard of. Some experts say they grew up hearing similar stories of wives pushed to desperate measures in an attempt to end their bad marriages. An episode of The Sopranos even tackled the subject, with an Orthodox Jewish character hiring two goons to beat up his son-in-law to try and force him to agree to a divorce. Though divorce can undoubtedly turn into a contentious affair, it’s a real shame to think that any split should have to resort to kidnappings and cattle prods.

Questions To Ask When Considering A Negotiated Divorce :: Separation and Divorce Lawyers in Charlotte, North Carolina