How many couples have stuck it out through the years for their children’s sake? 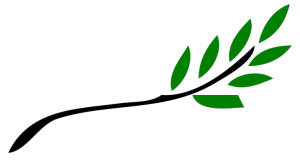 Millions, according to a 2012 study commissioned by the bereavement support web site HealBee.

An astonishing ten-percent of couples told researchers they felt compelled to keep their marriage going because they feared the harm a divorce would cause to their children. Even more troubling, researchers added, was that 72-percent of couples who kept it going for their kids’ sake considered themselves separated even though they acted like a couple in front of their children.

Writing for the Huffington Post, divorce expert Brette Semper says parents who think they are selflessly preserving their marriage for their children’s sake may be doing more harm than good.

Semper acknowledges that numerous studies have concluded that divorces have deleterious effects on children’s lives in general, but Semper says divorce can be a better option if the alternative is “a violent, abusive, angry or deeply resentful marriage.”

In a post-divorce life, Semper writes, children may have to live in two homes, literally, but the physical separation of parents who do not get along anymore means that children can “just be kids without having to work around the complex negative emotions present in a conflict-filled home.”

Semper also focuses on the lessons children can learn from parents who are willing to face the music, in the open, instead of hiding their disputes behind the placid public façade of a marriage.

Children may learn, for instance, that personal happiness is a worthwhile goal. Sure, human relationships necessarily involve sacrifice, but when a relationship—even a relationship with a spouse—becomes abusive or exploitative, it is important that a proper example is set and that children understand that sometimes the best thing to be done with a relationship is to end it.

The end is always a beginning, it might be said, and not all marriages end because of abuse, exploitation or other like issues. Sometimes marriages end on, seemingly, much less—on boredom, on infidelity, on simply not seeing things the same way anymore. Parties to divorces that follow these disagreements may still get along, they might even get along nicely now that they do not have to hold up the sham of a marriage.

Seeing parents work out their differences through a divorce and parenting agreement can show children the importance of learning to compromise.