A very interesting case out of New York City showcased the importance of making accurate and complete financial disclosures during a divorce. The case dates back to a 2007 split between Stuart Strumwasser and Jennifer Johnson. Prior to the divorce Stuart was making $43,000 a year while his wife made even less. After the divorce was finalized, Stuart was ordered to pay child support for his two young twins, money he has paid faithfully ever since. Everything seemed normal until Stuart decided to check up on his wife recently and performed a social media search, ultimately finding his wife’s profile on the business site LinkedIn. Imagine his shock when he read that Johnson was described as a first-round investor in Twitter. 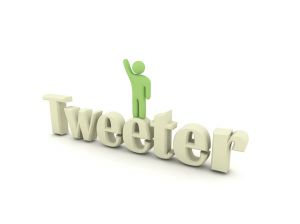 After recovering from his surprise, Stuart began retracing his steps and remembered that prior to their divorce his wife went by herself on a trip to visit her brother in San Francisco. He was left alone in New York watching their two young children and thought nothing of the vacation. Only later did he find out that Jennifer had actually been secretly meeting with her ex-husband while in San Francisco. Her ex was a longtime friend and colleague of Jack Dorsey, founder of Twitter.

While in San Francisco, Jennifer took a meeting with Dorsey and invested between $10,000 and $50,000 in the social media company that was then in its very early stages. Estimates now reveal that that investment is worth between $10 and $50 million.

Stuart was furious after discovering his ex-wife’s windfall and has now filed suit against her in a Manhattan court. In his complaint Stuart accuses Jennifer of committing fraud by omitting the investment from their divorce financial disclosures. He is now asking that his wife repay $120,000 in child support that he’s forked over in the years since the divorce as well as 30 percent of her shares in Twitter.

Family law experts say that the case will depend largely on what money Jennifer used to purchase the Twitter shares. Family law in New York, and here in North Carolina, is clear that when property is acquired during a marriage it is assumed to be marital property and is subject to equitable division during a divorce. The only wrinkle is if the property is acquired in one party’s name and with funds that predate the marriage. Only then could the person reasonably argue that the property remains separate and not subject to division. In either case, the asset should have been disclosed during a divorce. To not do so opens parties up to potentially worse trouble years later when the omission is inevitably discovered.