British tabloids were covered in articles about the final judgment in one of the country’s longest running and most contentious divorces cases. Late last week a British High Court judge issued his ruling in the case, ordering a supposedly penniless businessman to give his wife upwards of $30 million. 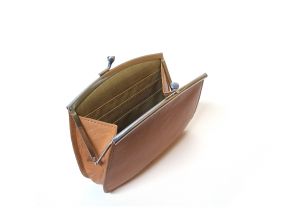 Though it may seem hard to believe, the result managed to anger both sides as each had very different views of what the family’s finances were. The unfortunate judge was left to try and divine the truth between two very divergent versions of reality.

The first theory was advanced by the husband, Scot Young. Scot spent the entire six years of his trial claiming that he was near destitution, arguing that his once lucrative business had folded during the financial crisis. Scot said that he went from hundreds of millions of pounds in assets to more than 30 million pounds in debt. As a result, Scot claimed he was unable to afford to pay his ex-wife any money or pay her whopping $9 million dollar legal tab.

The judge who heard the case said that while it was nearly impossible to know the full truth of the family’s finances, from the best of his ability he determined that Scot was worth around 40 million pounds, half of which was owed to his wife. The judge said that Scot had gone out of his way to hide assets, possibly even giving money to lieutenants who would then loan it back to him.

However, the judge was also not terribly sympathetic for the wife, saying that Michelle saw “conspiracy everywhere.” Michelle said that the ruling was disgraceful and that she intends to launch the most comprehensive and expensive asset recovery search the country has ever seen. Michelle says that she will not rest until she locates the additional money and sees that half of it is returned to her.

“‘Penniless’ man is worth $65 million, court rules – and must give wife half,” by Estelle Shirbon, published at Yahoo.com.