Attorney Matthew R. Arnold answering the question: “What rules are there for Father’s Right in NC?”

In a continuation of the last post, let’s discuss several more bits of advice offered by motivational speaker Gerald Rogers. Rogers has gained online fame after posting a note to his Facebook page listing a series of things he wishes that he knew before he got married. Rogers says he thinks the advice might have saved his marriage had he taken it to heart years ago. Now that it’s too late for him, he wanted to take the opportunity to share his wisdom with others in the hope that they might be able to salvage their relationships. 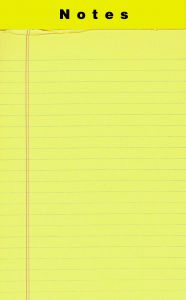 One bit of wisdom shared by Rogers is that couples need to grow together. As Rogers puts it, a stagnant pond breeds malaria while a flowing stream always stays fresh and cool. Couples need to avoid the natural tendency towards complacency in their relationship. Keep things fresh and interesting by always being eager to learn and grow. You should both be willing to try new things and go on new adventures. A relationship without growth should be taken as a warning sign that the end is near.

Rogers say that another thing he wishes he understood was how important it is to be transparent with the person you love. He says that in order to trust someone and to have them trust you in return you must be willing to share everything with them. He says this includes sharing those things that you might prefer to keep private. This kind of openness can take a lot of courage, but it’s critical if you want to create a deep and lasting connection with your partner. Drop the mask and feel safe being your true self in front of your spouse.

Though it can be hard at times, couples have to try and not worry about money. Rogers says that money is a game and that couples should view themselves as teammates in a competition to collect some. In a sport if teammates were constantly at each other’s throats it would be clear that they would likely fail to find success. The same is true with money in a relationship. Rather than fight with your spouse, work together and try and keep the stress level low.

One final and important bit of wisdom shared by Rogers is the importance of forgiveness. He says his failed marriage taught him how important it is to forgive your partner immediately and move forward, focusing on the future rather than carrying around the weight of the past. If couples refuse to move forward they will find that they are eventually held hostage by history, something that can make it difficult for a marriage to survive.

“Marriage Advice From This Divorced Man Is A Must-Read,” published at HuffingtonPost.com.

Several Signs That Your Marriage May Be In Trouble :: Separation and Divorce Lawyers in Charlotte, North Carolina

Several (More) Signs That Your Marriage May Be In Trouble :: Separation and Divorce Lawyers in Charlotte, North Carolina