Attorney Matthew R. Arnold answering the question: “What can I do to gain custody of my child in North Carolina?”

In an especially tragic case out of Arizona, law enforcement officials revealed that a woman has been charged with two counts of murder with special circumstances following the death of her two children. According to officials with the police department, the woman killed her two kids to avoid having to hand custody over to their father in Georgia. 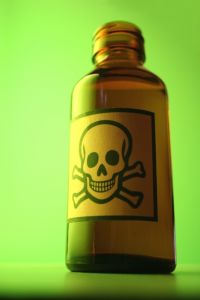 A judge in Georgia recently awarded Mark Edge custody of the couple’s two children. The custody fight had gone for months and was incredibly contentious according to those familiar with the case. Marilyn Edge, the children’s mother, was reportedly furious with the result and decided to poison her two young children in a California hotel room rather than send them to their father.

The heartbreaking incident occurred last weekend when Edge gave her children poison and proceeded to drive her car into an electrical box outside a nearby by Home Depot. The murders took place only days before Marilyn was supposed to turn the children over to her husband and begin paying court ordered child support. Tragically, rather than being met by his children, Mark was instead informed by a police officer of the devastating news.

Authorities say the case is stunning given that one of the children, a 13-year-old boy, was autistic and in need of specialized care that Mark had hoped to provide. Now, Mark will have to try and put the pieces of his shattered life back together while his ex-wife faces a possible lengthy prison sentence.

The case is an incredibly extreme example of how stressful and emotional child custody disputes can become. Parents worry about their children and typically want what is best for them. However, custody fights can cause some people to lose sight of the ultimate goal, which is the safety, and security of the kids. Parents can make unfortunate choices when they view custody fights as an opportunity to punish their former spouse. Even though they can be emotionally trying, work hard to keep your child’s welfare in mind when embroiled in a North Carolina custody battle.