When we think of custody disputes we normally think of fights between divorcing parents, sometimes grandparents. Though these do represent the vast majority of cases, as blended families are increasingly common, it is not unusual for a custody case to involve stepparents. These cases can be emotional given the close family ties and complex given the legal requirements. Keep reading to find out more about stepparent rights in a custody dispute. 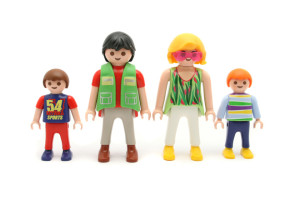 Stepparents, like grandparents, other relatives and even family friends, have the right to sue a custodial parent for partial custody or visitation. For this to happen, the stepparent will have usually lived with and developed a very close relationship with the minor child, assuming a role of caretaker and co-parent. If the biological parent refuses to grant the stepparents’ request for custody, the stepparent can file a lawsuit asking a judge to decide the matter.

Though stepparents are allowed to sue for custody of minor children, the reality is that judges are overwhelmingly likely to reject such a claim, unless the biological parents are deemed unfit and would pose a danger to the child.
What is far more likely is that a stepparent could sue and obtain visitation with a minor child. This can happen if the court determines that it would be in the child’s best interest for the stepparent to have visitation. Judges considering the matter will weigh the degree of participation in the life of the child, including the length of time the stepparent cared for the child, the depth of emotional attachment between the stepparent and child, the degree of financial assistance provided by the stepparent and the harm that the child would suffer if visitation were denied.

Times have changed quickly in the country given that only a few decades ago it would’ve been difficult if not impossible for a stepparent to make a successful claim for custody or visitation of a stepchild. Today some 23 states have passed laws that allow stepparent visitation. Other states grant broad rights to third parties, including stepparents, to sue for visitation. In fact, only four states outright prohibit stepparents from trying to gain visitation or custody over a stepchild.