For years, as the push for same-sex marriage gained steam across the country, several states tried another option, a kind of middle ground between denying all rights to marry and fully embracing same-sex marriage. These states passed laws allowing for civil unions. In the flurry of activity since the Obergefell v. Hodges decision this past June, there has been very little discussion of what happens to civil unions and those who are united in civil unions. 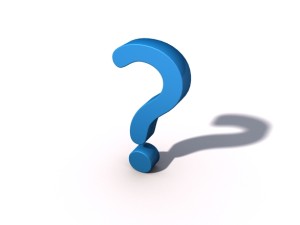 The first of two important cases impacting same-sex marriage was decided in June of 2013. In U.S. v. Windsor, the Supreme Court struck down the federal Defense of Marriage Act (DOMA), which said that marriage was defined strictly as those unions between one man and one woman. This decision meant that the federal government was now forced to recognize the validity of same-sex marriages, including granting those rights and benefits given to heterosexual couples to those couples of the same gender.

Two years later, the Supreme Court followed the Windsor decision with another even more transformative ruling. In Obergefell, the Court decided that laws banning gay marriage are unconstitutional on their face as they serve only to deny couples a basic right, the right to marry. Obergefell requires all states to recognize and offer the option of same-sex marriage.

What’s interesting is that in the rush of the two recent cases, no one has much discussed civil unions and what the rulings mean for those couples in a civil union. The first state to allow civil unions was Vermont, which passed a law authorizing the institution in 2000. The point of civil unions is to allow same-sex couples the same rights and protections under state law that are granted to heterosexual couples. The civil unions were never meant to force equality under federal law, but were instead designed to even the playing field at the state level.

The question then becomes what happens to civil unions? Those states that have not yet converted civil unions into valid marriages have created a new group of relationships. Those with civil unions who have not moved forward with full marriages still cannot receive federal marriage benefits, including those related to taxes or Social Security. Additionally, those that seek to dissolve a civil union can face additional penalties that those contemplating a divorce would not experience. For example, those ending a civil union who are forced to make alimony payments will discover that federal law does not allow this money to be deducted by the payor nor can it be included as income to the recipient.  This is but one example of the strange legal limbo that the recent Supreme Court rulings have created for those in civil unions.

Commonwealth sees what may be its first same-sex divorce