The Texas Supreme Court will soon decide the issue of when and how much county clerks are able to force poor plaintiffs to pay in court fees to get a divorce. The issue is a contentious one and received increased attention in recent months after some have argued court costs, fees and tickets are being used to keep poor litigants trapped in a cycle of indigence. 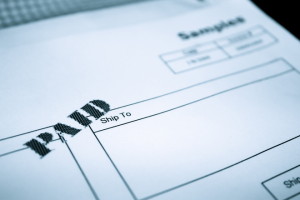 The issue began in 2012 when six plaintiffs from one Texas county filed suit against the local district court clerk. The plaintiffs argued that the courts unfairly assessed fees associated with their divorces despite their indigent status. All of the plaintiffs had filed what are known as “pauper petitions” with the court clerk, saying that they were financially unable to pay court costs.

The clerks say that the final divorce decrees signed by each plaintiff say that each party must pay its share of the court costs. The language comes from a boilerplate section of the decree and the courts believe this gives them the ability to assess fees even if the plaintiffs are indigent. The clerks argue that the decrees contain language which clearly requires litigations to be responsible for paying costs.

A local district attorney who supports the clerks in their attempts to collect the fees says that beyond the language contained in the decrees, he also believes many of the indigent plaintiffs may not actually be as financially strapped as they suggest. The DA says that each year his office found that between 500 and 700 of those claiming indigence did not meet the financial means test.

The case is being carefully watched by those on both sides of the dispute, with everyone agreeing the issue needs to be clarified to avoid continued confusion. Those who side with the plaintiffs say that it is important that a person who files an affidavit of indigence be able to rely on the finding of indigence. Court costs, though relatively minor, can be the straw breaking an indigent person’s back, preventing them from getting out from under mounting debt.

In North Carolina, similar issues exist. Litigants who meet financial requirements can ask the court handling the case to waive filing fees. To do this, the litigant will need to apply for the fee waiver. To do this, you will need to complete a Petition to Sue as an Indigent. The form will need to be signed and notarized and then presented to the county clerk when you file your divorce complaint. The form will require providing details about your income and expenses to prove that you are unable to pay the filing fees. Assuming the petition is approved, you will be allowed to file for divorce without paying any filing fees.