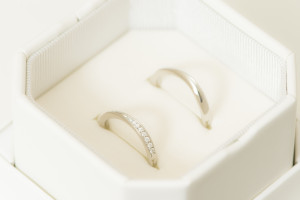 Why the sudden change?  According to lead researcher Kelly Musick, one reason for the change could be that living together before marriage no longer carries a social stigma.  “Living together has become a common part of the family landscape in the United States and many advanced industrialized countries,” Musick told the Huffington Post in a recent interview.  “There is less pressure nowadays to marry and more leeway in how to organize family life.”  She went on to add that “Many couples may be jointly planning marriage and childbirth as the quality and commitment of their relationships grow, with little regard to which comes first.”

Couples who shack up together before getting married have also been at the center of recent divorce rate studies.  Studies done right up until the 2000’s indicated that couples who lived together first got divorced more often than those who didn’t.  However, just last year, a paper in the Journal of Marriage and Family claimed that these past studies have overstated the risk of divorce for cohabiting couples.

According to Arielle Kuperberg, a professor of sociology at the University of North Carolina at Greensboro, the important characteristic is not whether couples lived together first, but how old they were when they decided to share a home.

“It turns out that cohabitation doesn’t cause divorce and probably never did,” Kuperberg told Time in a 2014 interview.  “What leads to divorce is when people move in with someone—with or without a marriage license—before they have the maturity and experience to choose compatible partners and to conduct themselves in ways that can sustain a long-term relationship.”

So which couples are at a greater risk of splitting up?  The new research released by the Council on Contemporary Families indicated that the only cohabiting parents with a significantly higher chance of breaking up were those who never married.  Musick and her research team found that about 30 percent of couples who never married separated within five years.