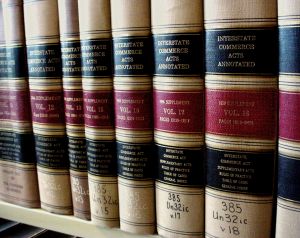 With all the talk of alimony and custody fights, sometimes a little lightheartedness is appreciated. After all, you’ve got to laugh to keep from crying. In that spirit, the following list of bizarre marriage-related laws on the books in states across the country is meant to inject some humor into an otherwise serious subject.

First things first, in Kentucky, it’s apparently illegal to remarry the same person four times. Why four and not five? The reason is unclear, but I suppose it makes sense that if you haven’t been able to make it work the three previous times, what’s the point in giving it yet another go. Thankfully, as long as it’s different men, you can get married and divorced as many times as you like.

Wichita, Kansas represents an unlikely haven for those husbands who just can’t stand their mothers-in-law. The city has a law on the books which says that a man’s mistreatment of his mother-in-law cannot serve as a grounds for divorce. Though it can’t be used as a basis for divorce, no one thinks making an enemy of your wife’s mother is a good plan for a happy marriage.

California, Colorado, Montana, and Texas, allow for a very odd practice known as marriage by proxy. Marriage by proxy occurs when someone stands in for a bride or groom who is unable to be present at his or her wedding. The states that allow the practice limit it to members of the U.S. Armed Forces, a group who truly would be unable to attend in certain circumstances. Montana takes it a step farther and is the only place in the country where double-proxy weddings are permitted. This means that neither the bride nor the groom needs to be present for an official wedding to take place, something that would make for an odd reception.

Finally, South Carolina has a very strange, though thankfully seldom used law that appears under the Offenses Against Morality and Decency Act. The statute says that it is illegal for men in the state over the age of sixteen to propose marriage as a joke. That means if you aren’t serious when you get down on your knee then you’ve just committed a misdemeanor. Though the origins are unclear, some believe the law was enacted as a way of ensuring virtuous women were not lied to as a means of seduction.

If you find yourself facing the prospect of divorce in Charlotte, contact an experienced family law attorney in Charlotte, North Carolina like those at Arnold & Smith, PLLC who can help guide you through the sometimes-confusing process.