It appears Simon Cowell’s messy relationship with his good friend’s wife can now move forward publicly as Lauren Silverman and her former husband announced that their divorce settlement has been finalized. The split between Lauren and Andrew Silverman, wealthy New York socialites, worked out as many expected (and as we mentioned previously), wrapping up quite quickly. 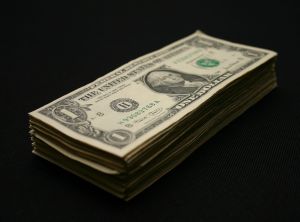 Andrew named Cowell in his original divorce petition, claiming that his former friend had engaged in an extramarital affair with Lauren that resulted in her becoming pregnant. Rather than file a no-fault divorce, Andrew claimed that his wife’s infidelity was to blame for the dissolution of the marriage, an unusually public rebuke of his wife and former friend. Experts familiar with the case said that the aggressive stance was taken to try and force his wife to agree to a settlement quickly, something which appears to have worked.

The two, who were married for 10 years, have apparently reached an agreement concerning finances as well as custody of their son. In addition to agreeing to share custody of their son, Lauren supposedly walked away with a less than $2 million in a lump sum settlement. While this is a sizable chunk of change, it’s less than half the amount that many expected Lauren to receive when the divorce proceedings began. Most people estimated that Lauren would walk away with more than $4 million given her ex-husband’s wealth.

Another interesting twist in the case is that Andrew agreed to remove Cowell’s name from the divorce papers, something that Cowell has been pushing for the whole time. Experts say they believe Andrew agreed to drop Cowell’s name and the allegation of the affair in exchange for saving millions in his divorce settlement. It appears his ploy of embarrassing the two into a quick settlement succeeded with flying colors.

Now that the divorce is finalized, friends say they expect Lauren will move ahead with plans to move in with Cowell and raise their child together. The divorce decree noted that Cowell was suspected of beginning his romance with Lauren nearly four years ago, a long running affair that can finally be made public.