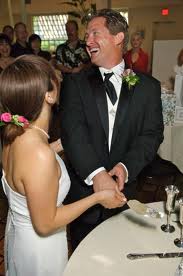 If you want a divorce in Colorado, you might have to wait a bit longer than before. A new bill is heading to the state legislature for approval that seeks to add even more steps to the already complicated divorce process.

State Senator Kevin Lundberg is the primary backer of the legislation. The Republican says child safety is the reason behind instituting the bill. “When there are kids involved, I believe that it is in the states best interest to ensure that the couple understands and considers what impact this has on their children,” Lundberg said.

Lundberg’s bill would require couples to undergo a six-hour training session on how children are impacted by their parents calling it quits. Though current state law dictates that parents attend a similar session, it’s not nearly as in-depth.

Colorado attorney Catherine Burkey said, “When a case is initiated, then the people are ordered to go and attend a parenting class.” The primary difference with this new bill is that couples will now have to wait after completing the course. “There will be a period of months that they will wait before proceeding with the divorce,” Lundberg said.

Some divorce attorney’s agree that the proposed bill is a smart move. “This method of education is the best way that I know of at this point,” Burkey said. She anticipates that not everyone will be in favor of the bill, however.

Grand Junction Counseling, a group that specializes in helping families, says the more understanding parents have, the better. “Not only do you have the couple that’s going through this divorce, you have children going through a divorce. For the sake of the children I think it’s valuable,” Counselor, Stephen Anthony said.

In North Carolina for a no-fault divorce the law currently requires that you and your spouse must live separately for at least a year before filing. Whether North Carolina will make a radical move like Colorado to lengthen the divorce process remains to be seen.

If you or someone you know is facing the daunting prospect of divorce, you need to contact an experienced Charlotte family law attorney who can properly advise you on the complicated process.