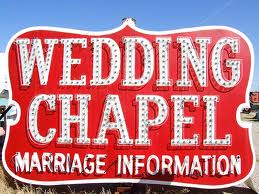 As we mentioned in a post last week (Some States Try to Slow Down Divorce), some states have made a move toward lengthening their divorce process in the name of looking out for the best interest of children. The Wall Street Journal reports that New Jersey is evidently not as concerned with such things. In fact, New Jersey is set to become the East Coast version of Vegas.

Legislation is currently sitting on New Jersey Governor Chris Christie’s desk which would turn this into a reality. The bill, if signed, would make it easier to get married in the state and would also expedite the process of getting a divorce.

The bill was passed by both houses of the New Jersey Legislature on Monday and would eliminate a mandatory 72-hour waiting period for a marriage or civil union license. The speed comes at a cost, however. The bill would see the cost of a marriage license rise to $60 from $28. Additionally, the bill would allow couples to annul a marriage within 30 days without the need to go to a court. Specific details on how the annulment process would function are still being hammered out. Currently, 29 states have no waiting period for a marriage license, but only two -Connecticut and Rhode Island – are in the Northeast.

The current rules in New Jersey require those who want an uncontested divorce to wait at least six months. The number is reduced to three months if the couple can demonstrate that the marriage is not working and that there has been fault.

The new bill has its fans and its detractors. Some believe it will bring more visitors to the state, increase revenue and be a generally positive change for New Jersey. Others say it cheapens the sanctity of marriage and will lead to increased family problems in the state.

Many Atlantic City-area casinos and wedding-service providers are paying special attention to what Governor Christie does regarding the wedding bill. Eliminating the waiting period would help highlight the city as a destination wedding location, they say. They said they don’t necessarily want Las Vegas-style wedding chapels popping up all over Atlantic City but admit that it might be a byproduct of the change involving quickie marriage licenses.

If you find yourself facing the prospect of divorce you need to contact an experienced Charlotte family law attorney who can guide you through the tumultuous process.

Some States Try to Slow Down Divorce Process