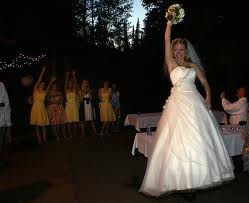 In an rare case of a “Groomzilla”, the Associated Press reports that a recently divorced man is now demanding that a photography studio pay to recreate his wedding to make up for what he has decided are flawed pictures and videos of what was supposed to be his happiest day. Though many in the press have dubbed Todd Remis a “groomzilla,” he recently spoke out saying that his lawsuit is actually about holding a business to their promise, not clinging to a broken marriage.

While suits over wedding photographs are common occurrences, Remis’ case contained an unusual spin: a demand that the company recreate the ceremony of his now failed marriage. Remis began divorce proceedings in 2008 and the couple officially split in 2010.

Despite the marriage no longer existing, Remis says that he needs the “wedding recreated exactly as it was so that the remaining 15 percent of the wedding that was not shot can be shot” and the album and video completed “so we have memories of the wedding.” In order to capture this missing footage Remis acknowledges that “we would need to recreate everything.”

Remis began his lawsuit against H&H Photographers in 2009, saying the well-respected New York City-area studio had done a terrible job of shooting his and Milena Grzibovska’s December 2003 wedding. Remis claimed that the chosen photographer ignored the couple’s request not to shoot in front of a mirror that ended up reflecting photographers’ lights. Moreover, the photographer and videographer left 45 minutes before the end of the reception, missing the last dance and the bouquet toss, evidently crucial events in Remis’ mind.

The couple paid a $3,500 advance toward a $4,100 total price for the photos and videos, part of a wedding Remis has said cost more than $48,000. For their part, H&H co-owner Daniel Fried says he stands by the photographs and videos. “I think the photography is lovely,”

Judge Doris Ling-Cohan, in a ruling last year threw out some legal claims but let others proceed. “This is a case in which it appears that the ‘misty watercolor memories’ and the ‘scattered pictures of the smiles … left behind’ at the wedding were more important than the real thing,” she wrote. H&H co-founder Harold Gillet put it more bluntly in an August 2010 letter to the Court: “The divorce renders the further demands for photos, etc., ridiculous.”

Though both sides have suggested they might be open to a settlement, the case continues for now.

If you find yourself facing the prospect of divorce you need to contact an experienced Charlotte family law attorney who can guide you through the tumultuous process.

Some States Try to Slow Down Divorce Process