The Supreme Court issued a much-anticipated decision this week in the case of Adoptive Couple v. Baby Girl. The case concerned the power of the Indian Child Welfare Act (ICWA) to allow a man with Cherokee ancestry to rescind his decision to terminate his parental rights and take back custody of his young daughter. The Supreme Court voted 5-4 to reverse and remand the case back to South Carolina. 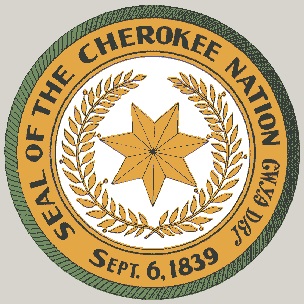 Rather than broadly reinterpret ICWA, the Court decided to rule narrowly that the law did not apply in the case. The Court decided not to attack ICWA itself, a prospect that worried Native American groups that were concerned about the lack of protection its destruction could mean for Indian families.

The background of the case involves a Hispanic woman, Christy Maldonado, who gave birth in 2009 to a child fathered by Dusten Brown, a member of the Cherokee Nation. Maldonado decided to put the child up for adoption after she and Brown broke off their engagement and ultimately chose a white couple from South Carolina to serve as the girl’s parents. Brown signed away his parental rights to avoid paying child support and only years later did he say that this was a mistake and that he wanted to reassert his parental rights and take custody over the little girl. Because of his Cherokee lineage, Brown won custody of the girl.

The case was decided against the backdrop of strong opinions from various interested groups. Nineteen states filed friends of the court briefs supporting ICWA and the South Carolina court’s ruling, as did 16 child welfare organizations, the ACLU, several major psychological organizations and 333 American Indian tribes.

Despite such a strong show of support, the majority of the Court voted the other way, siding with the adoptive family whose daughter was taken from them by the man who had previously agreed to sign away his parental rights. The Court said that ICWA does not prevent the termination of a Native American’s parental rights. The Court also noted the odd fact that ICWA was involved at all given Brown’s heritage as 2 percent Cherokee and the little girl being only 3/256th Cherokee (1.2 percent).

The Court had very little sympathy for Brown, saying the man had abandoned his child in utero and only years later tried to play his ICWA trump card to override the mother’s decision and the child’s best interest. The Court sided with the adoptive family, but stopped short of awarding them custody of the girl, saying instead they would remand the case to South Carolina to be decided.

Women Are Primary Income Earners in 40% Of Households :: Separation and Divorce Lawyers in Charlotte, North Carolina