The divorce of oil tycoon Harold Hamm has already been a dramatic affair. First there were the allegations of infidelity, then came news of secret audiotapes. Now that the case appears to be winding down, the issue that has everyone talking is the amount of the final settlement, forecasted to be among the largest in history. 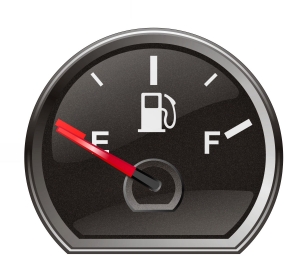 Hamm, worth at least $11 billion, is preparing to divorce his wife of 25 years, Sue Ann. Though efforts have been made to keep the financial information quiet, experts have discovered that the two never signed a prenuptial agreement at the time of their marriage, meaning Sue Ann stands to profit handsomely from the arrangement.

Given that Hamm owns more oil than any other American, the fight for the money will be intense. The case has been a complex one, with one report of 50,000 pages of corporate information being turned over. The only issue that has been settled is that the case will move forward as “no-fault”, meaning the accusations of cheating will stay out of the remainder of the case.

Sources say the parties may have come together and agreed to use a 2012 date, though no one knows why Harold would throw in the towel on such an important issue. The decision, if true, could mean Sue Ann will walk away with billions. That’s because under Oklahoma law any wealth accrued after the date of separation is likely to be seen as separate property and not marital assets that will have to be divided. Hamm’s fortune has grown immensely in the last few years and the bulk of his wealth was created in the past decade.

Experts in Oklahoma are already saying they think the settlement could cost Harold $3 billion or more, significantly more than the current most expensive divorce ever, the $1.7 billion Rupert Murdoch paid his ex-wife Anna in 1999. A settlement this large would be historic and would mean that Sue Ann would become among the 20 wealthiest women in America, worth more than even Oprah Winfrey (a mere $2.8 billion fortune).

The case is a great example of the dangers of not signing a prenuptial agreement. Twenty-five years ago the Hamms could never have imagined the fortune they would one day be fighting over. Not having a document discussing a fair division of assets means Hamm’s control over his own company is now in jeopardy given that most experts agree he will be forced to sell shares of the company to pay Sue Ann her hefty settlement, likely reducing his stake in his company to less than 50 percent. It’s terrible to think about how all this time and money spent on the divorce fight that could have been avoided with a little foresight 25 years ago.

So You’re Divorced And You Want To Buy A House… :: Separation and Divorce Lawyers in Charlotte, North Carolina