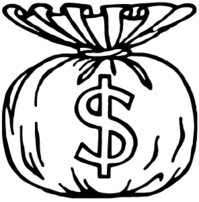 According to an article entitled Five Ways to Save Your Marriage published last week by CNBC, positive financial behavior contributes greatly to the long-term stability of marital relationships. Certainly, this does not come as a surprise to married couples in Charlotte working through these tough economic times.

Conversely, and also not surprisingly, according to reports by the National Marriage Project at University of Virginia, the negative effects of poor money management are one of the leading causes of divorce. Couples who do not manage their money well and contribute to savings together are more likely to accumulate marital and individual debt, which puts a great deal of stress on a marriage.

The National Marriage Project’s 2009 State of Our Unions report indicates that debt accumulation contributes to a sense of financial unease, which in turn increases a couple’s likelihood of fighting over both financial and non-financial matters.

However, couples do not need to be approaching the unhappy prospect of financial destitution in order for financial issues to impact their marriage. The State of Our Unions report indicates that relatively minor decisions, such as using credit cards for large purchases or keeping up with a savings account transfer, can impact the stability marriages in the short-term and the long-term.

Thus, as these reports demonstrate, monitoring household budgets and limiting the accumulation of consumer debt is absolutely key in order to preserve a happy and healthy marriage.