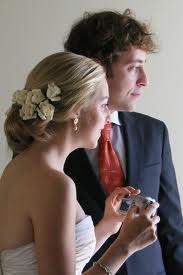 Though most people would agree that marriage is a big step, representing a major life change, very few people understand the magnitude of the decision both legally and financially. People forget that marriage is, after all, a contract entered into by two people and it entails many of the same pitfalls as any other contractual relationship.

One of the things that many people may not realize is that even if one spouse contributes disproportionately more assets or income to the marital partnership, all of the assets likely eventually become merged into one marital pie where the lesser contributing spouse is entitled to half. This means one spouse could possibly walk away with a disproportionately larger share of the assets than they contributed. When couples agree to marry they typically are agreeing to relinquish half of your accumulated assets, something most newlyweds seldom think about. Some couples, likely those who marry young, may not have any appreciable assets. So, it may not be such a concern for them. However, those who have accumulated assets should give careful consideration to the business aspect of their marriage.

People take a business-like approach to other major events with potentially important financial implications like buying a house or a car. Yet when it comes to marriage, rarely is research conducted or fine print examined. A prenuptial agreement is an obvious way to protect yourself and watch out for both parties’ financial wellbeing. However, many people dismiss the idea as either being a sign of lack of genuine affection or as something only used by the ultra-wealthy. Neither is true.

A recent poll by Harris Interactive showed that when asked nearly half of divorced people said they wish they had a prenup when they married. Forty-four percent of single adults say they would want a prenup and yet only about 5% of couples actually go through with it. Why the disconnect?

Rather than being an unromantic indication that you don’t trust your spouse, prenups should be seen as practical protection when the nation’s divorce rate hovers at 50%. It’s crucial that you take the necessary steps to secure your financial future in the even that happily ever after doesn’t come true. Perhaps the Michigan Supreme Court said it best when they wrote that prenups “allow couples the opportunity to ensure predictability, plan their future with more security, and, most importantly, decide their own destiny.”

Most people have worked hard for what they have and it would be a shame to lose half of it as a result of poor planning. If you or someone you know is considering a prenuptial agreement but has concerns, you need to contact an experienced Charlotte family law attorney who can help guide you through the thorny process.