Surprising new data from the U.S. Census and the Pew Research Center reveal that women are the sole or primary breadwinners in four out of 10 American households with children. That number represents a huge increase from the 11 percent of households with breadwinning women in 1960. The level also represents a record high for female financial power but speaks to other potential problems on the home front that come with changes in economic clout. 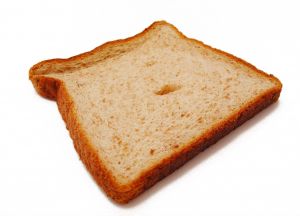 Surveys done by Pew reveal that while women might hold more power over the pocketbooks, many still believe children are better off with stay at home mothers. The data showed that 51% of those interviewed said that children are better in households with a stay at home mom. Only 8% of those surveyed said the same thing about fathers. Even more surprising was that half of those surveyed agreed with the statement that the number of working women makes it harder for marriages to succeed.

The researchers behind the data say that the numbers show Americans are of two minds about the new role of women in the family and the workplace. On the one hand, more and more families are embracing the earning power of two incomes and welcoming the loosening of traditional roles. On the other hand, many lament the loss of traditional family life and say more modern roles have harmed marriages.

Experts say that the problem is that in many cases couples are not evolved enough to accommodate a new balance of power as women acquire increased financial muscle. For many women, the shift in monetary power gives them new choices, including giving them the ability to see their partner in a new, and sometimes, more critical light. And husbands, for their part, may discover that being financially dependent on their wife is not exactly the turn-on they might have imagined. According to psychologists who see couples struggling with such changes, many relationships follow the same pattern. First, the wife starts to lose respect for her husband, then he begins to feel emasculated, and then sex dwindles which leads to true relationship distress.

Though having a woman earn more money than her husband is certainly not cause for alarm, it can create trouble in relationships where neither party is prepared for the change. It’s critical to keep lines of communication open to avoid hurt feelings and bruised egos.

“Moms are breadwinners in record 4 out of 10 households,” by Annalyn Kurtz, published at Money.CNN.com.

Bitter Divorce Separates A Man And His Bird :: Separation and Divorce Lawyers in Charlotte, North Carolina