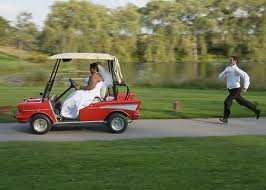 According to a recent report on FoxNews.com, with the share of married adults at an all-time low in the United States, new research by demographers and social scientists at Cornell and the University of Central Oklahoma offers clues about what’s holding back young couples from taking the plunge into marriage.

Through a series of interviews with 122 cohabiting men and women between the ages of 18 and 36, researchers found widespread apprehension about divorce – even in those who have never dealt with it personally. More than two-thirds of those interviewed said they worried about their ability to form enduring marriages. The respondents said that they feared facing the potential social, legal, emotional and economic consequences that come with divorce, or so says a new study published in the December issue of the journal Family Relations.

Co-authors of the study, “The Specter of Divorce: Views From Working- and Middle-Class Cohabitors,” were lead author Amanda J. Miller, assistant professor of sociology at the University of Central Oklahoma, and Dela Kusi-Appouh, a Cornell doctoral student in the field of development sociology.

The researchers interviewed 61 couples in the Columbus, Ohio region who were living with their partners for at least three months. Nearly 67% of the interviewees expressed concern about divorce. The most frequently discussed worry was a desire to “do it right” and marry only once. This led many to view living together as a kind of “test-drive” before making the big decision. The idea that marriage was a permanent choice and difficult to exit was mentioned frequently as an impediment. Fears of causing emotional pain, embarrassment, child custody issues along with legal and financial problems were also frequently mentioned by respondents.

Many of those interviewed suggested that the rewards of marriage were not worth the risk of a potential breakup. The high divorce rates were cited as proof of this with many saying the cohabitation was working well and saw no reason to fix what wasn’t broken.

Socioeconomic backgrounds were an important factor in an individual’s view of marriage. Researchers found that middle-class interviewees spoke more favorably about marriage than their working-class counterparts and were more likely to view living together as a step towards the ultimate goal of marriage. Less-educated women in particular expressed doubts about marriage as a “trap.” Their frequently expressed fear was that it would be hard to exit if things went wrong. Working-class couples were far more likely to view marriage as “just a piece of paper.”

If you’re in the midst of dealing with problems related to a divorce, you need to contact an experienced Charlotte family law attorney who can guide you through the tumultuous process.