Everyone knows that income plays a role in divorce. It can impact not only child support obligations, but also spousal support and, in some circumstances, equitable division of assets. What is interesting is that income includes more than just what you earn from working. Income can be from investments, income can be from bonuses and income can also be imputed. Imputation occurs when a court decides that a person should be given credit for earning a certain income, even if it isn’t really being earned. 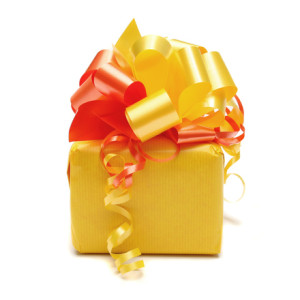 A good example of imputation occurs when a spouse is deemed purposely unemployed, such as a doctor who quit work to avoid being forced to pay child support. This doctor will not be allowed to avoid support obligations by going and working at a minimum wage job. Instead, the family court will likely impute income, pretending as if the doctor earns a certain amount of money whether he actually does or not.

So are there limits to when income can be imputed? For instance, could gifts be considered imputed income? Interestingly, a recent court decision out of Canada dealt with precisely this issue and reached an important conclusion. The case in Canada was decided by an Appeals Court in Ontario which was left to answer the question of whether money received by one man in the form of regularly recurring gifts from his mother should be considered income.

The court determined that the gifts had been taking place for years, over the course of the marriage and subsequently. The gifts from the man’s mother had always been used to supplement the family’s collective income and showed no sign of stopping. The wife argued that this money ought to be imputed as income to the husband, increasing the amount he would pay for child support. The husband disagreed, claiming that to consider the gifts as income would effectively hold his mother responsible for the child support obligation.

Ultimately, the appeals court disagreed. The court held that gifts that recur regularly should be considered income for the purposes of computing child support and even spousal support payments. As for the argument that doing so would make the mother responsible for providing support, the Court said this would be like saying employers are responsible for supporting the children of their employees. The mother is welcome to stop providing such gifts anytime she chooses, the court would never require that the gifts continue. If and when such gifts stop, the man would then be able to request a support modification, explaining that the end of the gifts amounts to a substantial change in circumstances.

Though all of this is interesting, it’s also all taking place in Canada, not North Carolina. So would gifts be considered imputed income here? According to previous rulings and legislation, “income” in North Carolina can include a range of things, including gifts, prizes, irregular and nonrecurring income. There aren’t clear examples like the Canadian case to explain how this would work in practice, but theoretically at least, such a situation could result in similarly imputed income in North Carolina.

Rape victim must pay child support, may or may not get to meet his daughter