Matthew R. Arnold of Arnold & Smith, PLLC answers the question “What are my custody rights if the other parent moves?”

Family law attorneys are used to hearing and seeing it all. The combination of anger, embarrassment and hurt feelings can combine to cause good people to act out in all manner of strange ways. One area that was often a central focus of this acting out concerned custody battles, with the parents engaging in brutal battles to secure more advantageous custody or visitation arrangements. While this is certainly still the case among some couples, a new subject has recently been getting attention: pet custody. 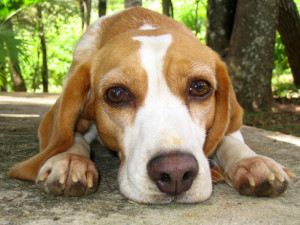 A recent survey by the American Academy of Matrimonial Lawyers discovered that nearly 1/3 of family law attorneys across the country report an uptick in pet custody cases over the last five years. This is a remarkable change in a short amount of time and may have several causes.

Experts say that one possible reason is the increased media coverage devoted to pet custody disputes. Where people may not previously have realized such a fight was even possible, wide coverage of nasty pet custody disputes have opened the possibility up to some couples. Another reason is the increasingly prominent role pets play in American families. We are spending billions of dollars every year on pet care, including organic foods and pricey medical treatment. Couple that kind of financial commitment with emotional attachment and you have a recipe for a bruising custody fight.

All pets are apparently not created equal, at least when it comes time for a custody fight. The survey by the AAML found that dogs are clearly the favorite. Couples fought over dogs in 88 percent of all pet custody cases, while cats were the object of affection only 5 percent of the time. What animals account for the rest of the cases? A wide range, including snakes, iguanas, turtles and birds.

So how are such custody disputes typically handled? It depends on the state. Some family law judges have recently adopted best interest tests, similar to those that are done in child custody cases. In these cases, the judges analyze who has served as the primary caretaker of the animal and, assuming such a choice would be in the best interest of the animal, award custody solely to that person. If it’s not clear who the primary caregiver is, a best interest analysis may be conducted. This can involve a special hearing about the pet, with the judge asking questions meant to determine who is most likely to provide quality care to the animal.

In other states, such an elaborate process would be unthinkable. Instead, pets are treated as property and are divided accordingly (though thankfully not split!). Judges first look at whether the pet at issue is a separate or marital asset. If the pet predates the marriage, the person who originally had the pet will get to keep it after the divorce. If it’s a marital asset, then the judge will have to make a decision about who gets to walk away with it.

What about visitation? Thankfully, family law courts have avoided straying into the territory of creating parenting plans for pets. Custody, when it comes to animals is all or none. Judges are eager to avoid entangling relationships between parties any more than is absolutely necessary. As a result, custody fights need not involve alternating weekends or fights over who gets the dog on holidays.