There is no doubt that divorce can be an unpleasant process. The fact is you are ending your marriage and dividing your assets and maybe even time with your children. Nothing about that is fun. However, there are some seldom-discussed benefits of divorce that can be useful to keep in mind while you’re in the midst of the ordeal. The Huffington Post recently discussed several such benefits in a post written by Alexandra Churchill and we’ll go over a few of those examples below. 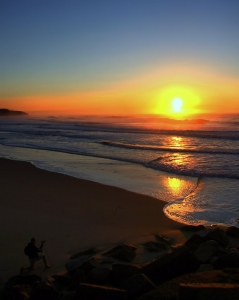 You can actually be happier
Though it may seem hard to believe at first, the reality is splitting from an unhappy marriage can do wonders to improve your mood and outlook on life. The divorce itself is always rough, but afterwards the clouds tend to part as the realization that you no longer have to argue with your former spouse again begins to sink in. A study from a British university even confirmed this, finding that individuals, particularly women, are much happier five years after a divorce than they were in their marriage.

You can be healthier
Though some people may decide to stay married despite unhappiness out of fear of what being alone might be like, research has shown that the stress of a bad marriage is far more harmful than being single. Fighting all the time and feeling trapped with someone you no longer love has been shown to increase a person’s risk of dying prematurely. Having the weight of a lousy marriage lifted off your shoulder can dramatically lower stress levels, blood pressure and even lead to weight loss in some cases. Though divorce is no guarantee of physical fitness, it can relieve you of some heavy burdens.

Your kids will benefit
One of the most common worries for parents facing a divorce is that the split will harm their children. While your children love both their parents and may like to see you together, the reality is that a bad marriage is worse then cordial co-parenting. No child wants to listen to parents scream at one another and the damage of bearing witness to a destructive relationship can be far worse in the long-term than the reality of a quick divorce. Children will not only be able to be around happier parents, but they will also be shown that everyone deserves to be in good, supportive relationships.

“6 Little-Known Benefits Of Being Divorced,” by Alexandra Churchill, published at HuffingtonPost.com.