Attorney Matthew R. Arnold answering the question: “Is there some property that the judge cannot divide?”

Normally when people discuss real estate booms they are talking about huge rises in the price of property. China has been no stranger to such talk as prices across the country have exploded as the country becomes increasingly developed. However, recent news reports have focused on a different boom precipitated by real estate: the number of couples choosing to divorce. 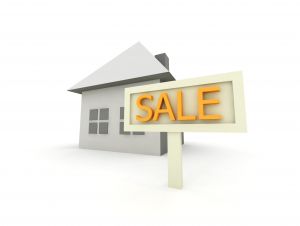 The recent rapid rise in divorce rates does not appear to have been caused by dramatic societal changes or record marital discord, but instead appears to be largely financially motivated. That’s because earlier this year the Chinese government implemented a new capital gains tax of 20 percent on profits that owners make from selling property. However, the law specifies that couples that own at least two properties and then divide them amongst each other can then sell them tax-free.

This has led to wealthy Chinese couples who own multiple homes to divide houses and split, allowing them to cash in on the rise in property values without having to fork over 20 percent in taxes. The law also does not stipulate how long the couple needs to stay divorced to enjoy the tax break; meaning couples only need to divorce, make the sale and then remarry.

Officials note that the 41 percent rise in divorces represents a substantially higher increase than in any of the past four years. That has led the vast majority of family law experts to conclude the growth is being driven by tax evasion rather than a desire to end marriages. One marriage registration office in Shanghai, which also processes divorce applications, has posted signs warning visitors that the property market is risky and that divorce should be seriously considered before being undertaken.

There appears to be no indication that the government will abolish the 20 percent tax, officials say it is one of a variety of tools being used to throw cold water on the increasingly overheated Chinese real estate market. That means that some rich Chinese couples can look forward to a future of marriage and divorce every time they want to buy and sell homes.