A recent survey by the Pew Research Center has discovered what some people long suspected: divorce may be contagious. The survey suggested to researchers that the risk of divorce increases when someone close to you divorces, perhaps opening a door you may not have realized existed. 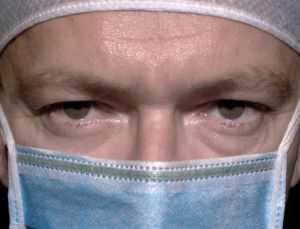 Researchers say that viewing divorce as a kind of disease may not be so far off. In fact, the lead researcher indicated that divorce could spread quickly through close groups of friends, with social networks being impacted by the marital strife of friends twice removed.

The authors note that this phenomenon, known as “social contagion,” is not limited to divorce, but incudes other things such as teenage sexual behavior, bad attitudes in a workplace or even obesity among friends. Another survey back in 2006 showed how brothers and sisters are substantially more likely to have a child of their own soon after a sibling gives birth.

Researchers say that in close groups of friends, the actions of one person can have a profound impact on how others behave. One person deciding to divorce can be seen as a kind of permission for others who may be unhappy to consider taking similar action. When one friend paves the way, it becomes easier for others to follow the lead, hopefully for the better.

Another interesting finding of the study was that more popular people, those participants with more close friends in their social network, were less likely to divorce than those with fewer friends. Though this may seem strange, researchers say that the reason may be linked to the fact that a good network of friends can help protect a marriage by making it easier to cope with stresses in a relationship.

“Is divorce contagious?,” by Rich Morin, published at PewResearch.org.