Attorney Matthew R. Arnold answering the question: “How much does it cost to get divorced, and how does the billing process work?”

A recent financial disclosure form by the CEO of Best Buy reveals just how pricey divorce can sometimes be. The Chief Executive of Best Buy, Hubert Joly, announced to the press that he had to sell $10.4 million in shares of Best Buy stock to help fund his ongoing divorce. 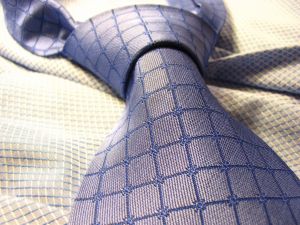 According to a report filed with the Securities and Exchange Commission, Joly’s sale of 350,000 shares of stock took place earlier this month. A company spokesperson says that Joly’s sale of stock has nothing to do with a negative outlook on the prospects of the company. Instead, the official said that Joly’s sale was necessary to liquidate some of the CEO’s assets to help pay for a pricey divorce. Despite the sale, Joly remains heavily invested in Best Buy.

Though most couples in North Carolina do not have the luxury of selling millions of dollars of stock to fund a pricey divorce, money is an incredibly common worry about the divorce process, regardless of income. In fact, a recent survey found that among those couples without children who were facing divorce, the cost of divorce was the number one concern. Surprisingly, the cost of divorce rated even higher than worries over dividing marital assets. Among couples with children, the cost of the divorce was second only to worries about child custody and visitation schedules.

So how can people keep their divorce costs from spiraling out of control? First and foremost try and make the divorce less adversarial. In Joly’s case, his split from his ex has been incredibly combative and has stretched on for many months. The fact is simple: the longer a divorce lasts the more expensive it will be. Though no one should simply agree to hand everything over to his or her spouse in the interest of expediency, there is also no reason to fight tooth and nail over every knickknack.

Almost any divorce attorney can come up with stories of clients who spent hours of time fighting over items that could be easily replaced. Remember that every minute you have an attorney writing letters or making phone calls it is costing you money. The time spent fighting over your flatware or living room sofa could end up costing several times more than if you’d just gone out and bought brand new replacements.

The big lesson to those worried about the cost of divorce is that the behavior of you and your spouse will determine the eventual cost of the process. The more things you are able to come to a quick agreement about, the faster the process can work its way to a conclusion. Though it can be very difficult, you have to keep your anger in check to keep the costs under control.