A judge in Tennessee has reversed the ruling of a chancery court judge from Cocke County regarding the ability of a couple to name their 8-month-old son “Messiah.” The case began last month when the boy’s mother and father were in court arguing over the child’s last name. Oddly enough, the two had actually agreed that the boy’s first name would be Messiah. 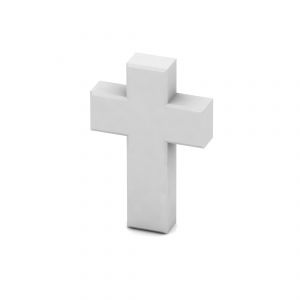 While in court, Child Support Magistrate Lu Ann Ballew said that she was offended by the name choice and said that the child should instead be called “Martin.” Ballew based her decision on the religiosity of those living in the rural area of the state, saying that the child might have a hard time being raised in an area that is so predominantly Christian. Ballew told the parents that “Messiah” is a title and the title has only been earned by one person, Jesus Christ.

The parents were shocked to discover they could not name their child as they wished and appealed the decision. The mother’s attorney said they appealed because the couple was in agreement about the first name and had never chosen it for religious reasons. Instead, the mother claims she thought that the word sounded nice.

Just this past week Chancellor Telford Fogerty overturned Ballew’s initial decision, deciding that the lower court acted unconstitutionally in changing the child’s name to Martin. Judge Fogerty said that the lower court’s decision amounted to a violation of the establishment clause of the U.S. Constitution and added that the purpose of the proceeding was to determine the child’s last name, not to litigate the appropriateness of the child’s first name. The Establishment Clause, one of the first pronouncements contained in the First Amendment of the U.S. Constitution, says that Congress shall make no law respecting an establishment of religion. This has generally been interpreted to prohibit the establishment of a national religion by Congress and to prevent the preference by the U.S. government of one religion over another. Given that the lower judge’s ruling was based on Christian theology and not the law, Judge Fogerty had no choice but to reverse course. And just like that, Martin was turned back into Messiah.