There is talk that a currently pending divorce involving Oklahoma oil mogul Harold Hamm and his second wife, Sue Ann Hamm, could be the largest divorce settlement in history. Just how much Sue Ann stands to walk away with depends on how much of Hamm’s oil company shares Sue Ann is able to lay claim to.

Hamm appeared on the recent Forbes list of the world’s wealthiest people with an estimated $11.3 billion net worth. The reason for Hamm’s wealth is his ownership in the oil company Continental Resources, a major player in the currently booming oil production out of North Dakota. 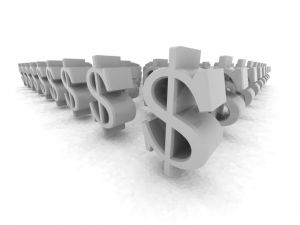 Hamm’s story is one common among entrepreneurs, beginning at the bottom and working his way to the top. Hamm started work at 20, scrubbing old oil barrels in Oklahoma. He grew in his job and learned new tasks, eventually scraping together enough money to start Continental in 1967, several decades before he married Sue Ann.

Hamm struck gold (black gold, that is) in the 1990s when he discovered the Bakken oil field of North Dakota, the largest oil field in the U.S. to have been discovered since the 1960s. The discovery sparked a surge in U.S. oil production, with Continental leading the way. The company has made millions by introducing the practice known as fracking, which helps extract oil from soil that was previously too hard to access. Today the Bakken makes up about 10% of total American oil output, with Continental holding on to a large slice of the pie.

While all this is great news for Hamm, the problem is that the vast majority of his wealth creation occurred during his marriage to Sue Ann. The value of the shares he holds in Continental has increased nearly 500% in just the six years that have elapsed since the company first went public. Under Oklahoma law, wealth that has been accrued through the efforts of either spouse during the course of a marriage would usually be considered a marital asset and thus subject to equitable distribution.

The typical practice in Oklahoma says that in cases where businesses are involved and control over a business is at stake, rather than award one spouse half the shares of the other spouse (or whatever percentage is arrived at), the parties would reach a monetary settlement to try and allow the business to remain in the control of the original owner. That could be difficult in this case given the value of those shares.

Another problem that makes the Hamm case tricky is the couple’s rocky relationship. In 1998, Mr. Hamm filed for divorce and asked that Sue Ann take a psychological exam. He eventually withdrew the petition. Then in 2005, Sue Ann filed for divorce, eventually dropping that case as well. The 2005 date is critical though, as Mr. Hamm’s attorneys now claim that the couple has been separated and living apart since the 2005 filing. Sue Ann’s attorneys say this is totally false and that the couple has remained together as husband and wife, raising their children, working together ever since they reconciled. Sue Ann’s attorneys also point to marriage counseling session that took place in 2010 after Hamm admitted to being unfaithful as proof that the marriage continued past 2005.

The 2005 date is critical because Sue Ann stands to gain enormously based on the increase in value of the assets Hamm had that occurred during the course of their marriage. Arriving at the “date of valuation” for the business is essential and it seems clear Hamm will attempt to set 2005 as the date of valuation.

Several divorce experts interviewed in the Forbes piece said that they suspect Sue Ann will walk away with several billion dollars for her trouble. Though Hamm did have the business prior to marrying Sue Ann, the increase in value will likely be viewed as a marital asset. This is even more likely given that Sue Ann actually worked for the company in a meaningful way for years. Many believe she will be able to legitimately claim that the value of the company went up, at least in part, due to her hard work. No matter how much the settlement ends up being, it’s clear that the Hamm divorce is going to be a whopper.

If you find yourself facing a complicated family matter then you need the help of experienced child custody lawyers in Charlotte, North Carolina who can help guide you through the often confusing process.
Source:

“Oil Billionaire Harold Hamm’s Divorce Could Be World’s Most Expensive At Over $5 Billion,” by Clare O’Connor, published at Forbes.com.

How To Tell If You’re Being Spied On :: Divorce Lawyers and Attorneys in Charlotte, Mecklenburg County, North Carolina