We’ve all heard that there are restrictions on marriage. For instance, those who are closely related may not be able to legally married, same with young people under a certain age. Another restriction on marriage has to do with mental competence; a person who has been deemed incompetent cannot validly enter into a legal marriage. The question before the Kentucky Supreme Court is whether such a restriction should apply in reverse: can a person be too incompetent to legally divorce? 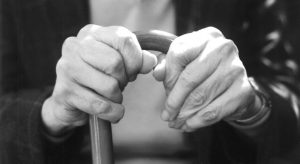 The case currently before the Supreme Court goes back to 2008, when Elmer Riehle was declared legally incompetent. Back then, Elmer was under the mistaken impression that someone in Nigeria, a supposed member of the royal family, was going to bring him $23 million if he would continue to send small amounts of money over the internet. His wife, Carolyn, eventually discovered what had been happening after noticing the thousands of dollars withdrawn from their bank accounts.

Carolyn was able to convince a Kentucky court to rule Elmer mentally incompetent and name her his guardian. Elmer was restricted to a monthly allowance of $200, something that made the man increasingly agitated and led to the current legal battle. After selling all the things he could get his hands on, including a lawnmower, to scrounge up money to continue sending abroad, Elmer finally ran out of options and is now suing for a divorce.

According to Elmer and his attorney, Elmer no longer wishes to be married and that should be enough to justify a divorce. Elmer’s attorney has said that he believes his client may be competent in some aspects of his life. For instance, Elmer, up until a year ago, had a car and was able to drive himself around town. His attorney argues that even if someone is disabled, he or she should be given the option to divorce. Elmer’s argument is that even someone who is disabled, if they can demonstrate their true feelings and intentions, should be allowed to decide whether or not they wish to remain married. To deny them this right essentially traps them in a marriage with their guardian.

Carolyn argues that her husband is completely unable to make decisions on his own and is afraid that if a divorce is granted that he will be taken advantage of by a multitude of strangers who care only about depleting his remaining resources. Carolyn believes that the divorce will allow him to resume his spending on overseas pyramid schemes, something that is decidedly not in the man’s best interest. Additionally, Carolyn believes Elmer is so far gone that he does not even understand he is seeking a divorce, blaming his new attorney for manipulating her 86-year-old husband.

The justices on the Kentucky Supreme Court must now wrestle with a very complicated question. Since 1943, Kentucky law has not allowed a mentally incompetent person to divorce, a rule that resulted from a prior Supreme Court case. Elmer and his attorney argue that the Court should now overturn its prior decision, as Kentucky is one of only 10 states where such a restriction currently exists.

The justices appeared torn on how to handle the delicate situation. During oral arguments many asked about the couple’s relationship and how the two got along during the eight years since Elmer was declared incompetent. One justice was clearly uncomfortable with the idea that guardianship could be used to deny a person the ability to make incredibly personal decisions, such as whether to divorce. Interestingly, even if the divorce is granted, experts say Carolyn will remain Elmer’s guardian, at least until Elmer initiates an action to appoint a new guardian.