Attorney Matthew R. Arnold answering the question: “What are my custody rights if the other parent moves?”

Tom Cruise is currently in the midst of a $50 million lawsuit against the publisher of the gossip magazines In Touch and Life & Style, a lawsuit that has actually led to far more gossip tabloid headlines than Mr. Cruise likely intended. As part of his lawsuit, Cruise had to be deposed and was asked a series of probing questions about the dissolution of his marriage. 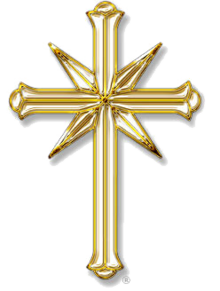 One of the most candid revelations contained in the deposition is the news that Cruise admits that one of the reasons Katie Holmes filed for divorce back in 2012 was to protect their daughter, Suri Cruise, from Scientology. Though many already view Scientology with suspicion, it’s the first time Cruise has ever acknowledged that his religious beliefs may have played a role in the demise of his relationship with Holmes.

The divorce case began in June of 2012, when Holmes filed to end their nearly six-year-old marriage. To the surprise of many, the entire matter was settled out of court in only two weeks. The settlement was private and no details have been released about the terms of their separation.

Another bit of information revealed during Cruise’s deposition is that Holmes was a practitioner of Scientology before and during her marriage to Cruise, but that she left the church almost immediately after filing for divorce from the famous actor. Cruise admitted that his daughter, Suri, has also stopped practicing Scientology.

The lawsuit began after In Touch ran a story titled, “Suri’s Emotional Struggle.” The article noted how Tom Cruise had not seen his daughter in 44 days and that he had essentially abandoned the girl due to Holmes’ decision to leave the Church of Scientology. The magazine noted that Scientologists are often instructed to spurn those who leave the church, dubbing them dangerous unbelievers.

Cruise says he was disgusted by the article and filed suit, demanding a retraction and now monetary damages. Cruise says he never abandoned his daughter and that he was merely busy shooting several movies overseas. Cruise did admit to seeing his daughter sporadically in 2012, saying that between June and Thanksgiving he saw her a total of 10 times.