Attorney Matthew R. Arnold answering the question: “What children’s expenses are not covered by child support?”

Though it may sound bizarre, researchers with DePauw University say that it turns out a person’s yearbook photos might have some predictive ability when it comes to that person’s risk of divorcing later in life. The claim appears in DePauw psychology professor Matthew Hertenstein’s new book called The Tell: The Little Clues That Reveal Big Truths About Who We Are. 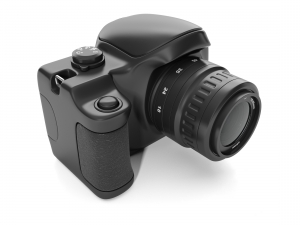 In his book, Hertenstein explores a 2009 study that he conducted which found that people who smiled more intensely were more likely to have longer lasting marriages than those who smiled meekly or not at all. Hertenstein said that the photographs could be from as far back as elementary school, but that they still had an ability to predict a person’s marital longevity.

Hertenstein conducted his research by having a team of psychology students examine several hundred college yearbook photographs and rate how intensely each person smiled. Subjects who received the higher overall smile intensity ratings were those that Hertenstein said activated two important facial muscles used for smiling: the muscles that are used to elevate the cheeks and the muscles that make the eyes smile, known as the orbicularis oculi muscles.

The psychology students then followed up with the yearbook subjects and asked them a range of questions about their married life. The subjects ranged in age from their mid-20s to late-80s. The results were surprising in that a correlation was found between those who smiled more and their chance of remaining married. According to the data, those who smiled the least in their yearbook photos were five times more likely to divorce at some point in their lives when compared to those who smiled the most intensely.

Though Hertenstein identified the correlation, he admits that he is not positive about why the correlation exists. One theory advanced by his research team is that the people who smile the most in photographs are displaying a tendency to follow the order to smile given by the photographer. This tendency towards obedience may be the glue that holds some marriages together.

Another theory, one that Hertenstein says is more universally embraced, is that the people who smile the most broadly in photographs tend to also have a more positive disposition towards life and often a more extensive and supportive social network. When these people encounter rough patches in life and in marriage they are more likely to survive and weather the storm.

“Your Yearbook Photo May Predict Your Likelihood Of Divorce,” published at HuffingtonPost.com.