Matt Arnold of Arnold & Smith, PLLC answers the question “What are my custody rights if the other parent moves?”

The country today is a very different place than it was several decades ago. People are far more mobile, thanks to improved transportation and technology. As a result, jobs move frequently and relocations, which might have only been across town, can now involve moving thousands of miles across the country. If that happens and a custody dispute occurs between parents spread across two different states, how do you decide which state hears the case? To find out more about resolving jurisdictional disputes, keep reading. 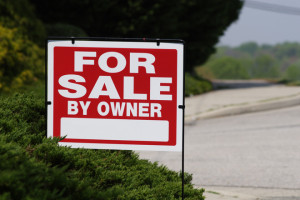 First things first, jurisdiction refers to a court’s ability to properly hear and decide a matter. When parents are located in two states, the first question that must be answered is which state has jurisdiction to decide the case. In North Carolina, and every other state in the U.S., the issue is governed by the UCCJEA, also known as the Uniform Child Custody Jurisdiction and Enforcement Act.

What’s the UCCJEA and how did it come to be? The UCCJEA is what’s known as a uniform law, meaning it was designed specifically to be adopted by multiple states, an attempt to harmonize differences when it comes to determining jurisdiction in child custody cases. The UCCJEA was adopted (with some minor modifications) by all 50 states and the District of Columbia and is meant to avoid conflicting answers to how jurisdiction is decided.

Let’s get back to the first basis for jurisdiction, home state, which is how most of these jurisdictional issues are decided. It’s often the case that that under the UCCJEA, a child’s home state is the one that has jurisdiction to make initial custody determinations. The home state is defined as the state in which a child lived with a parent for at least six consecutive months prior to beginning the child custody case. This only applies provided that at least one parent remains as a resident of the state.

Rights of Stepparents in Custody Disputes